In the center of Kiev because of heavy rains failed asphalt

KIEV, August 19. /TASS/ — Also in the center of the Ukrainian capital, the night was flooded several streets.

Heavy rain and heavy wind up to 18 m/s knocked down trees in the center of the Ukrainian capital, flooded pedestrian crossings on the roadway collapsed asphalt. Utilities to carry out restoration works. 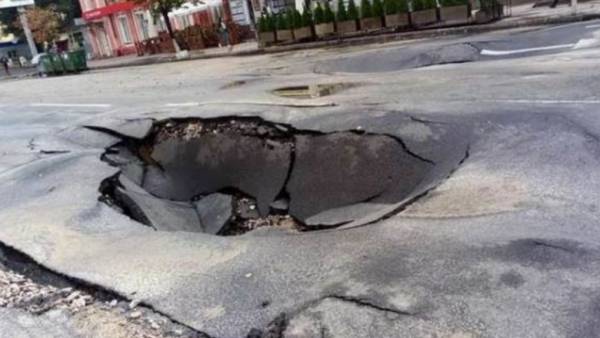 Night downpour flooded several districts of Kiev was seriously damaged the city centre. So, on the street Antonovich on the roadway collapsed asphalt. Now the street is blocked to traffic at the scene working emergency services. In the center of the Ukrainian capital also, the night was flooded several streets, in particular, the Esplanade and Boulevard of Taras Shevchenko, as well as an underground pedestrian crossings.

Several cars were under water, some of them at the time the elements were people. To escape, they climbed to the roofs of their cars. The drivers of their own open sewers that helped make it flush with the roadway. On the street staronavodnitskaya in the strong stream of water turned over on his side car.