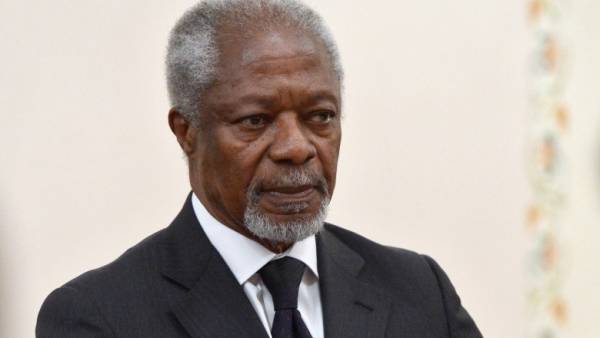 The origin and education

Kofi Annan (the full name is Kofi Atta Annan) was born on 8 April 1938 in Kumasi English colony of the Gold Coast (1957, Ghana). His father was the chief of the Fanti tribe and the Governor of the province of Ashanti.

Education in Scientific and technical University in Kumasi and the College of Mcalester in Saint Paul (Minnesota, USA), who graduated with a bachelor’s degree in Economics. In 1961-1962, was a post-graduate Institute of international studies in Geneva. In 1971-1972, received a scholarship. A. Sloan, studied at the Massachusetts Institute of technology in the United States, graduating with a master’s degree in management.

Work in the UN

To work at the UN began in 1962 with the officer on administrative and budgetary questions in the world health organization in Geneva. In 1974 he headed the service of civilian staff of UN emergency force in the middle East. In 1976-1980 he served as Deputy chief of the personnel Department in the Office of the high Commissioner for refugees (UNHCR).

Since 1980, held high positions of management in the UN organizations: he was the head of the staff in UNHCR (1980-1983), Director of the Budget division in the Financial management (1984-1987), head of human resources at the rank of assistant Secretary-General and coordinator on security issues in the UN system (1987-1990), head of the Department in planning, budgeting and financing of programs at the rank of assistant Secretary General (1990-1992). In this capacity, led the first UN team at the talks with Iraq on the question of the sale of oil to Finance purchases of humanitarian aid (since 1995, the program “Oil in exchange for food”).

Was elected UN Secretary General (administrative head appointed by the UN General Assembly on the recommendation of the Security Council, which until then held a series of closed discussions, voting and rating until consensus was reached) in 1996 after the US vetoed the re-election of his predecessor, also an African Egyptian Boutros Boutros-Ghali. Became the first Secretary-General elected from among the professional staff of the United Nations.