The Consulate General of the Russian Federation in Ukraine, has promised to help the crew of “the Mechanic Pogodin”

MOSCOW, 18 Jul — RIA Novosti. The representative of the Consulate General of the Russian Federation in Ukraine has promised to deal with the situation of illegal detention of the Russian tanker “Mekhanik Pogodin” in the Ukrainian port of Kherson, according to the website of the shipping company “VF Tanker”. 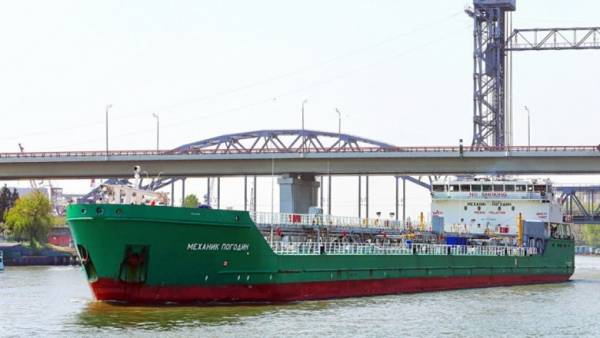 According to information on the website, the ship “Mekhanik Pogodin” unsuccessfully attempts to get permission to exit the area. The seventeenth of August on the website it was reported that over the past day the list of complaints about the ship or the shipowner has not been granted, a request for approval of the release neither customs nor border service still has not responded. The captain of the port to exit the port refused, citing a letter to the border service, which is still not charged.

“After the treatment of the shipowner, a representative of the Consulate General of the Russian Federation in Ukraine, visited the ship, promised to understand a situation and to provide the necessary support in accordance with its powers”, — stated in the message on the website of the company.

Before the appointed Ukraine’s permanent representative President of Ukraine in Crimea Borys Babin reported that the security Service of Ukraine intends to arrest a visiting Russian vessel Kherson, “the Mechanic Pogodin,” which is under sanctions from the Kiev company from Russia. Babin said that the decision to arrest the ship yet. The head of the HRC, the Russian Federation Mikhail Fedotov, in turn, are called crazy situation with the detainees in Ukraine Russian tanker.

As reported, LLC “V. F. Tanker” earlier, the captain of the ship informed the port authority statements of all crew members about absence of claims to the contents of the vessel, fire safety and labour relations with the employer. The company again noted that previously the ship has successfully passed the test “for compliance with the requirements of the Paris Memorandum in the Ukrainian port Yuzhny”, and the port of Kherson can check it.