MOSCOW, 18 Jul — RIA Novosti. Captain detained in Ukraine, the Russian tanker “Mekhanik Pogodin” expressed protest in connection with the unlawful detention of the vessel, which is fully ready to sail, the crew filed a third application for a departure, however, the response from the port authorities was not followed, said the shipowner. 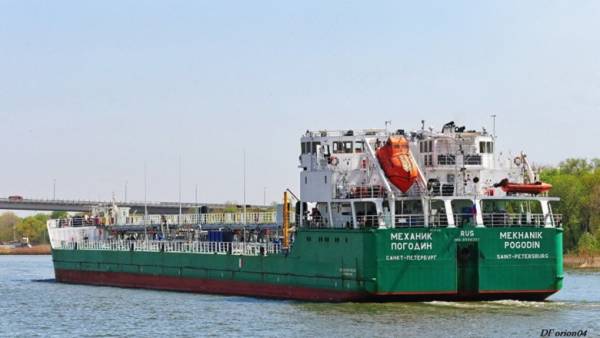 It also became known that the team is “the Mechanic Pogodin” thwarted a third attempt of the Ukrainian inspection illegally to get on Board of the vessel, according to the website of the company-shipowner LLC “V. F. Tanker”.

As noted in the company, in his attempts to Board the tanker “inspectors” re not presented the documents confirming the authority for verification.

“The seventeenth of August, the boat arrived on the port control to validate anonymous complaints about the “poor condition of the vessel,” allegedly received from a member of the crew. In the absence of legal grounds, the crew missed on the tanker”, — stated in the message.

The risk of a violent seizure

Previously, the company “V. F. Tanker” reported that the crew of “the Mechanic Pogodin” fears of a violent seizure.

“The grounds for review does not relate to the stated reasons for the detention of the vessel, and the intention of the port authority to spend is proof that the legal grounds for blocking in the port tankers with cargo for the Ukrainian recipient not found! The attempt of penetration on the ship a significant number of people under the guise of any checks raises fears of a violent seizure of the vessel”, — noted in the company.