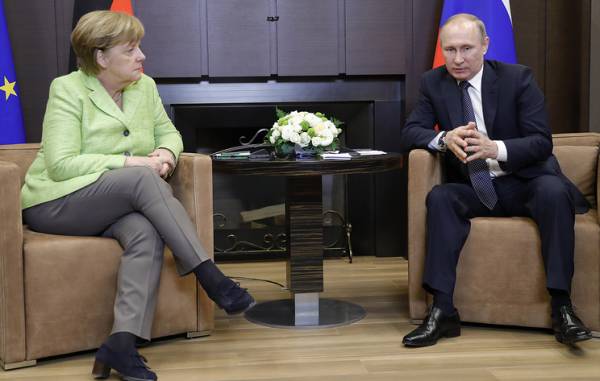 MOSCOW, August 18. /TASS/. Russian President Vladimir Putin on Saturday to Berlin, where he will hold talks with Chancellor Angela Merkel. In the German capital, as expected, the leaders of Russia and Germany to discuss the issue of the Syrian settlement, the situation in Eastern Ukraine, cooperation between the two countries, in particular in the energy sector.