MOSCOW, 17 Aug — RIA Novosti. Russian President Vladimir Putin will present as a gift to the wedding, the foreign Minister of Austria Karin Kneissl songs in the performance of the Cossack ensemble, said on Friday the Austrian edition Kurier, citing sources. 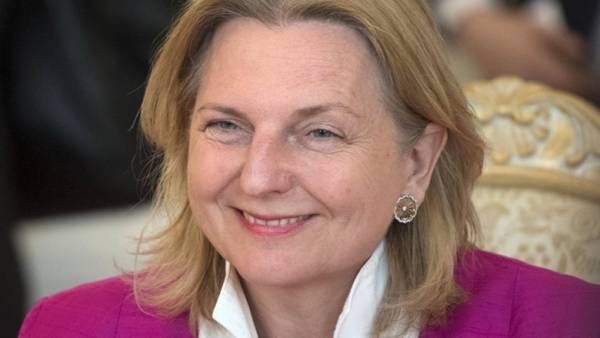 According to the publication, together with Putin for the wedding will arrive 10 people from the Ensemble of the don Cossacks, who will perform the song for the newlyweds as a gift from the Russian leader.

Earlier, the press Secretary of Russian President Dmitry Peskov said that Putin August 18, plans to attend the wedding of the head of the Austrian foreign Ministry. According to him, the President received a wedding invitation Kneisl during his recent visit to Vienna. The wedding will take place in the restaurant Gasthaus Tscheppe an der Weinstraße in southern Styria.

As written earlier edition of Kurier, in the restaurant, which will host the ceremony, security is the number one topic these days. On Thursday the guests became witnesses of the work of police employees of special forces “Cobra” and the Federal office for the protection of the Constitution (state security service of Austria).