In the case of “VIM-Avia” no fraud

Top managers of the airline was accused of abuse and the withdrawal of funds abroad. 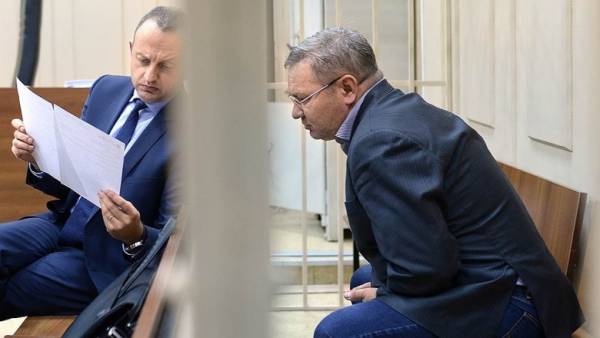 As it became known “Kommersant”, the main investigatory management of investigatory Committee of Russia (GSU SKR) was charged in the final version three former top managers of the company “VIM-Avia” bankrupt last fall. If initially they were accused of especially large fraud against the passengers, it is now affected by the actions of the airline was airport companies, banks and government agencies, which he owes billions of rubles.

GSU SKR has finished the basic investigation of loud criminal case about fraud and abuse once one of the largest airlines “VIM-Avia”, which is currently undergoing bankruptcy proceedings. On Friday, investigators GSU indicted in the final three defendants in the investigation. Depending on the role each of them the former General Director of “VIM-Avia” Alexander Kochnev, Vice President Alevtina Kalashnikova and accountant Ekaterina Panteleeva was accused of committing crimes under part 2 of article 201, part 1 of article 176 and part 3 of article 193.1 of the criminal code (abuse of powers entailing serious consequences; illegal reception of the credit and the transfer of foreign currency to non-residents using falsified documents). A similar article, but in part the consequence incriminated to the owner of the company Rashid Mursekaev, which is still before the court flew to London.

Initially, the GSU SKR has accused the persons involved in a large fraud committed by an organized criminal group (part 4 of article 159 of the criminal code). According to investigators, knowing that the airline is in a difficult financial situation and cannot pay for fuel and airport services, they continued to sell tickets on flights which did not fly. However, as suggested by the lawyer Alexander Kochnev Mikhail Voronin, the investigators, after analyzing this episode obviously came to the conclusion that the airline is still trying to perform their obligations to customers. Guilty former top executives of “VIM-Avia” is not recognized.