Cosmic rays revealed the ancient magnetic field of the Universe

Effect of magnetic field on particles of high energies was so strong that it is possible to register by modern instruments. 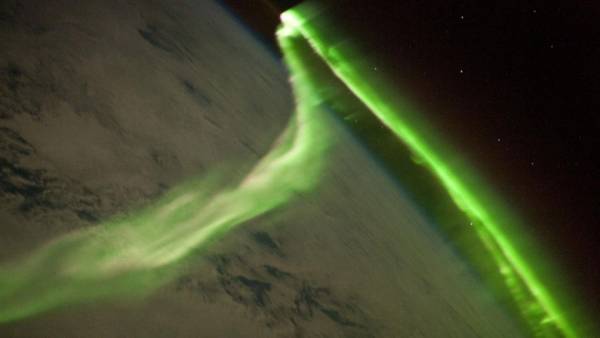 Andrey Savelyev from the Baltic Federal University of Immanuel Kant, together with Rafael Batista from the University of são Paulo (Brazil) calculated the extent to which particles of cosmic rays of ultrahigh-energy may carry information on the ancient magnetic fields of the Universe. It turned out that this is quite a valuable source of information. It allows you to determine the degree of rotation of intergalactic magnetic fields through which are cosmic rays from outside our Galaxy sources. The text of the relevant work available on the Preprint server at Cornell University.

At the moment it is not clear exactly when in the history of the Universe created a magnetic field, in particular — the most common of their class — intergalactic.

The key problem is that the magnetic field is extremely difficult to measure at a considerable distance — in contrast to the photons of electromagnetic radiation observed in telescopes.

According to the researchers, the twisted magnetic fields have significantly distort the trajectory of particles of ultrahigh energies. Registered ground-based detectors such particles may be fixed to one of the directions of such particles will be coming significantly more, and others much less than normal. On this basis it will be possible to calculate the degree of rotation of the magnetic fields (lines of curvature of intergalactic magnetic fields around its own axis of propagation) and the sign of this rotation (the direction in which it goes).

Scientists say that a number of recent observations of cosmic ray particles of ultrahigh energies show a marked heterogeneity in their arrival, which can be a sign of exposure to intergalactic magnetic fields.

However, the work still only shows the fundamental possibility of registration of such influence Was whether it is in practice will become clear from the further work on the topic.