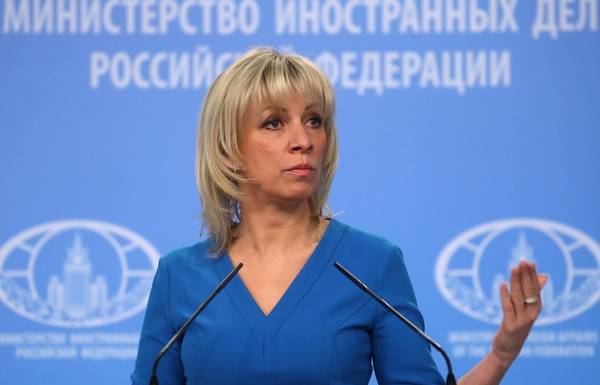 MOSCOW, August 17. /TASS/. The official representative of Russian foreign Ministry Maria Zakharova said on Friday the US decision to direct on other purposes $230 million that was previously allocated for stabilization beyond the control of Damascus regions of Syria.

“That’s right: ISIS [banned terrorist group “Islamic state”] is no longer there, implacable fighters left, “White helmets” is also evacuated. Who in Syria can be need the money? Well, not the peaceful life of the state Department to sponsor,” wrote Zakharova in Facebook.

As previously said Friday the chief a press-services of the Department of state Heather Nauert, the US administration refused to allocate approximately $230 million for stabilization programs in those areas of Syria that are beyond the control of the authorities in Damascus.