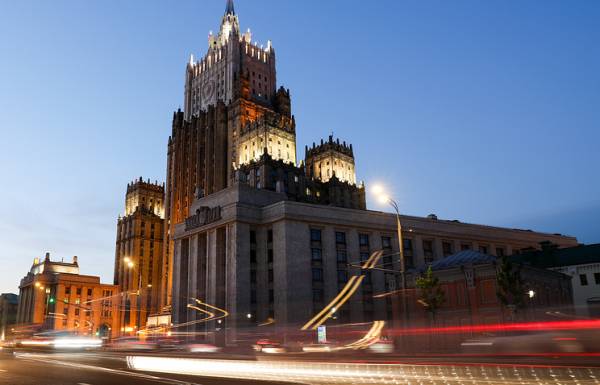 TASS, August 16. The new US sanctions are an attempt to punish Russia for its principled stance against the DPRK. This is stated in a statement on Thursday, the comments of the Russian foreign Ministry in connection with the inclusion in the sanctions list of Russian port Agency, LLC “PROFINET” and its General Director Vasily Kolchanova.

As pointed out in dipvedomstva, “in Washington do not bother to provide any evidence, or at least to comment on the reasons for its decision”. “See for another anti-Russian campaign of Washington’s attempt to punish our country for its principled stance on the North Korean plot, including within the framework of the UN Security Council,” – said the Russian foreign Ministry.