Russian “Novaya Gazeta” has at its disposal the transcript of the conversation with the driver dead in the CAR of Russian journalists Bienvenu Nuvolari. The newspaper published excerpts from it on August 17. 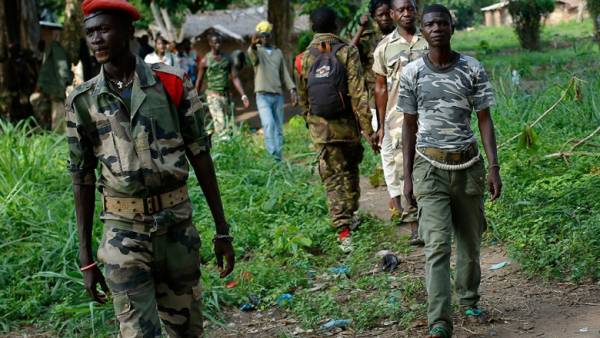 According to “Novaya Gazeta”, Nguoimau communicated an unnamed journalist of the local newspaper Palmares Centrafrique. While “New” is “serious doubt” to the information received: according to the editorial, a transcript of the conversation “is a classic example of mixing facts and intentional lies.”

The newspaper says that the evidence Nuvolari together with other materials distributes editor Palmares Centrafrique. He asks €500-1000. In early August, Palmares Centrafrique wrote that Rastorguev, Jamal and Radchenkov killed after interrogation. This information is not officially confirmed. Journalists of “New” also note multiple inconsistencies (in particular, temporary) in the story Nuvolari.

From the testimony of the driver indicates that the car with the journalists was stopped by five “heavily armed” people. They ordered everybody out who was in the car. Nduwayo allegedly took in the direction of the journalists, who at the time was in the “military headgear”.

From the transcript also shows that between the stopped car and the Russians struck up a conversation, which at some point was continued in a raised voice. After that, according to the driver, he heard the first shot, and then the conversation was resumed, and then I heard another shot. Nduwimana believes that a third journalist was shot, so near his body was a knife. The driver of the attackers was beaten.