The mayor of Washington said, how much would it cost trump canceled the parade

WASHINGTON, 17 Aug — RIA Novosti. Military parade in Washington, who previously because of the high cost canceled U.S. President Donald trump, could cost the city budget of 21.6 million dollars, which is less than about 4 times cited in media value, said the mayor of the American capital Muriel Bowser. 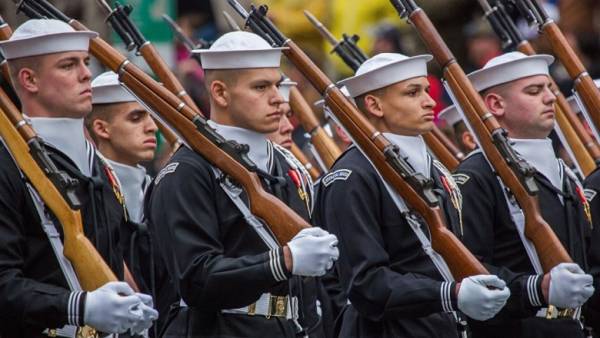 Trump on Friday, wrote on Twitter that he canceled a military parade in Washington because of its too high cost. Instead, in November he will travel to Paris for a parade celebrating the end of the First world war, and will also visit “the big parade” at Andrews air force base in Maryland, where is the “Board number 1” (the presidential aircraft). While trump accused “the local politicians that run Washington” will “to receive windfall profits” at the expense of the parade.

“I’m Muriel Bowser, mayor of Washington, a local politician, who has finally reached the stars of the reality (show — ed.) in the White house with reality (21.6 million dollars) of parades, events and demonstrations in America trump (sad),” wrote Bowser in a Twitter response to a tweet by the President.