Roskoshestvo has prepared a draft standard for a school uniform, told “Izvestia” in the organization. According to the plans, in 2019, the document must be included in the program of standardization, approved and confirmed. 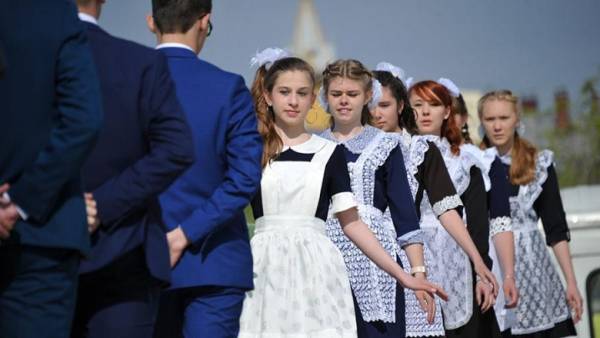 In it is based on safety standards, we are talking about such parameters as permeability and their ability to absorb moisture. This will help to avoid the “suit effect” characteristic of substandard products.

Work on the draft of the standard has involved experts of several organizations, including the Ministry of industry and trade and industry associations.

Based on their comments a first draft will be presented to the technical Committee of Rosstandart in the fall.

As explained in the press service of the Ministry of industry and trade, based on GOST standards Roskoshestvo on individual items of children’s clothing, such as pants, tunics, shirts. Sports clothes for children left outside of the document.