MOSCOW, 16 Aug — RIA Novosti. Astronomers studied the chemical composition of two dozen planetary systems and found no serious differences between them and Earth. This increases our chances of discovery of extraterrestrial intelligence, said the scientists, speaking at Goldschmidt geochemical conference in Boston. 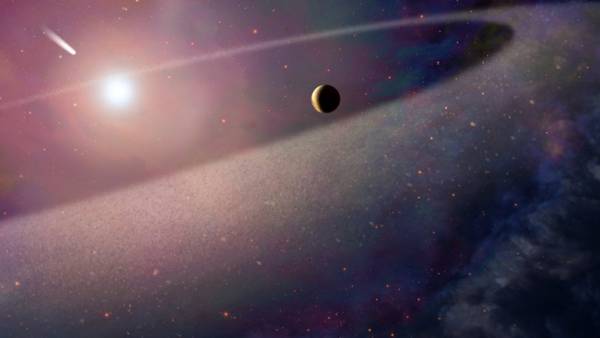 “All the “bricks” that make up the planets in other star systems that look the same as their counterparts on Earth. All critical elements present and their proportion is approximately equal to the earth. This means that planets similar to Earth should exist in the milky Way,” says Sy and Xu (Siyi Xu) from Jiminy Observatory in Hawaii (USA).

Astronomers have discovered an unusual exoplanet with “iron” clouds

More than half a century ago, the American astronomer Frank Drake developed a formula for calculating the number of civilizations in the Galaxy with whom contact is possible, trying to estimate the chances of detection of extraterrestrial intelligence and life.

Physicist Enrico Fermi in response to a high estimate of the chances of interplanetary contact the Drake equation was formulated the thesis, which is now known as the Fermi paradox: if extraterrestrial civilizations so much, then why the mankind does not observe any traces of them?

This paradox, scientists have tried to solve in many ways, the most popular of which is the hypothesis of a “unique Earth”. She suggests that for the emergence of intelligent beings unique requirements, in fact, a full copy of our planet.

As Xu says, a test of this theory is now complicated by the fact that modern telescopes do not have sufficient sensitivity for direct observations of earth-like exoplanets and study their chemical composition.

For this reason, astrogeology forced to go roundabout ways, calculating their composition, which impurities comprise their stars and how their atmosphere. Xu and his colleagues found an ingenious way to solve the problem using one newly discovered feature of white dwarfs, dead stars.

Geologists have discovered, when the Earth began to “breathe”

All white dwarfs and substarlike have one curious property that any absorbed their matter is distributed at the surface is not accidental, but in a kind of layered cake. Heavy elements, like oxygen or silicon, will gradually “sink” and sink to the bottom of this “slovenci”, and the hydrogen and helium will “float”.

Due to this, traces of heavy elements, even if they are present on the surface of the dwarf in large quantities, can be seen practically only in the moment when the star will be to “chew” and eat she absorbed the debris of planets, asteroids and comets. At this time, the heavy elements will not have time “drown” and their presence in the atmosphere and on the surface of the dwarf can be seen by the characteristic lines of absorption and emission in its spectrum.