MOSCOW, 17 Aug — RIA Novosti. The Commissioner for human rights in the Russian Federation Tatiana Moskalkova supports the idea of liberalization of punishment for extremism in the Internet and believes that this issue must be addressed through legislation, in the usual way. 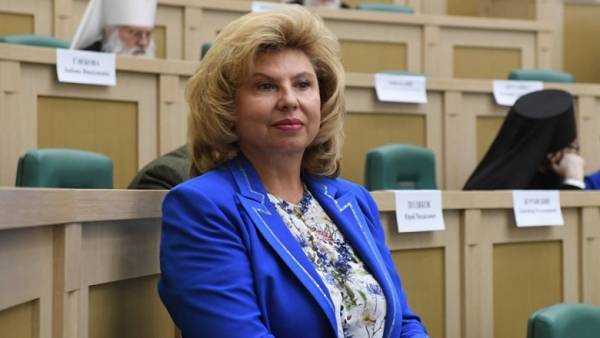 “I support the idea of liberalizing of this article and believe that it is important for us not to artificially expand the number of citizens with a criminal record, because it radically changes a person’s life. But the violation of constitutional norms is seen Here… this issue needs to be addressed in a completely usual channel through legislative activity,” — said Moskalkova to journalists, answering the question, if she plans to apply to the constitutional court for clarification on the penalty for reposts in social networks, does support the idea of liberalization of punishment for extremism in the Internet.

Earlier, the head of the Council on human rights under the President of Russia (HRC) Mikhail Fedotov told RIA Novosti that the HRC would favor an adjustment to the Russian anti-extremist legislation and promises to transmit its proposals on this matter to the Prosecutor General of the Russian popular front (onf).

Wednesday owning a social network “Vkontakte” company Mail.Ru Group said they asked the state Duma to introduce a bill on Amnesty for persons convicted of extremism, dissemination of information and other social media activity, including likes, reposts, and publish the images if such action had socially dangerous consequences.