American senators from the Republican and Democratic parties Marco Rubio and Chris coons sent a letter to UN Secretary-General, Antonio Guterres, urging the use of the mechanisms of organization for objective investigation of the murder of Russian journalists in the Central African Republic (CAR). The text of the appeal published on the website of Koons. 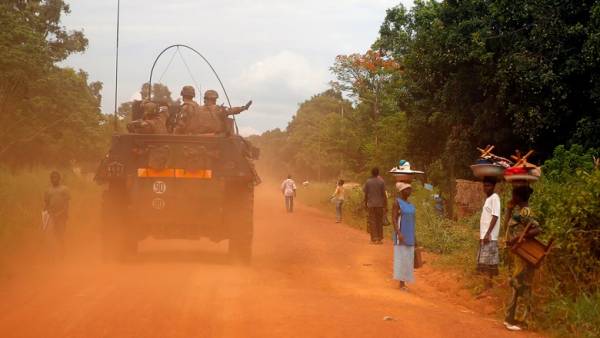 The senators noted that journalists Orkhan Jemal, Kirill Radchenko and Alexander Rastorguev investigated in the Central Asian region “activities of private Russian group of mercenaries Wagner, whose forces were also deployed in Syria and Ukraine and that, reportedly, tied with Evgeny Prigozhin, a Mogul of the food industry close to [President] Vladimir Putin.”

The journalists worked on a documentary for the independent media project of Putin’s enemy Mikhail Khodorkovsky, indicate the parliamentarians. Although the circumstances of the incident in the Central African Republic is still unclear, the Russian state media quickly linked the murder of journalists with the robbery, write the senators.

Rubio and coons pay attention that the murder took place amid the increasing presence of Russian forces in the Central African Republic, with the approval of the UN and in this country arms and ammunition, and also sent military trainers.

Jamal, Radchenko and Rastorguev died July 30, in 300 km from the capital of the CARS Bangui. The Russian foreign Ministry in early August said that “the first results of investigative actions in the CAR testify that the Russians were attacked by unknown persons with the purpose of robbery, and while trying to resist were killed.” The official representative of the Ministry Maria Zakharova said that the murder investigation has joined the UN mission, it sent four experts.