NOVOSIBIRSK, August 15 — RIA Novosti. The Council under RF President on development of civil society and human rights (HRC) is working on a correction of the law on counteraction to extremism, as in the current situation extremists can burn half the country, told reporters in Novosibirsk on Wednesday, the head of the HRC Mikhail Fedotov. 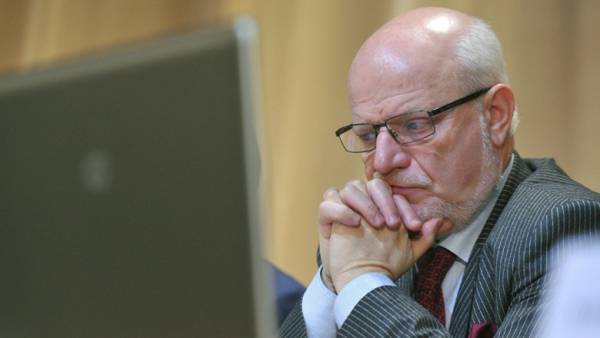 “The Council is now working on proposals to update the legislation. We believe that the concept of “extremism” should be clarified. It should be directly associated with either violence or the real threat of violence. When mother says to son: “Stop picking your nose, or I will kill you” is not a threat of murder, and we are well aware. When there is a real threat of violence, Yes,” he said.

The head of the HRC said that while had not seen the treatment Mail.ru Group, which on Wednesday sent to the state Duma with the request to initiate the introduction of the bill on Amnesty of convicted persons for the activity in social networks, in particular, for the likes, reposts, and publication of the image. However, he intends to study the proposals.

“Jokes on the Internet is, of course, not extremism, and we must do everything in order to adjust the law so that it hit the target, got really into extremists. The extremists — this is not fiction, but a reality, but if we expand the concept of “extremism” as it is applied today, then we extremists can burn half the country, and why? What’s the point?” Fedotov said.

“We believe that we need a serious adjustment of the legislation and to start not with article 282 (criminal code) and the law on countering extremist activities. There was a major mistake, and if we fix it there, then, accordingly, will have it fixed in article 282, 280, and so on,” — said the head of the HRC.