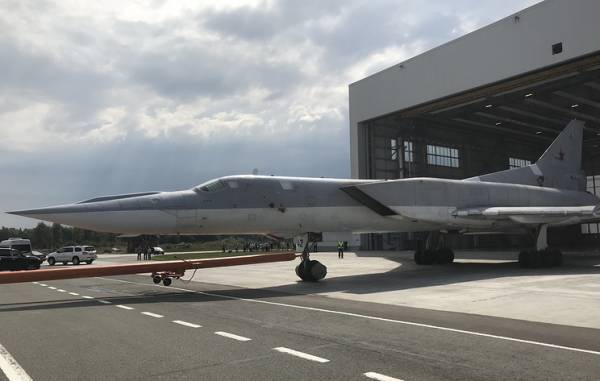 KAZAN, August 16. /TASS/. The rollout of the modernized long-range bomber-missile Tu-22M3M took place on Thursday on the territory of the Kazan aviation plant named after S. P. Gorbunov, the correspondent of TASS from the event.

“The first prototype Tu-22МЗМ was created as part of an ambitious program of modernization of aircraft systems strategic and long-range aviation, which performs PJSC “Tupolev” at the present time. The next stage of the program is the deep modernization of the first batch of combat aircraft, the Tu-22MZ”, – said at the ceremony the General Director of firm of Tupolev Alexander Konyukhov.