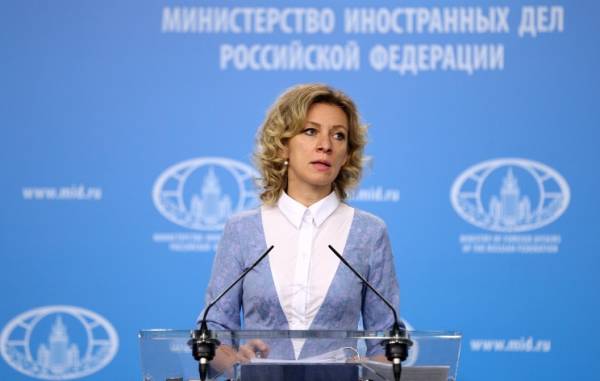 SVETLOGORSK /the Kaliningrad region/, August 15. / TASS/. The United States, claiming its uniqueness, could not cope with the role of Superman in the settlement of international conflicts. This opinion was expressed by the official representative of Russian foreign Ministry Maria Zakharova in the course of communication with the participants of the international youth educational forum “Balcerak”.

According to her, many countries could support the concept of the uniqueness of the United States if Washington “could give the world stability, to promote safety, peace of country, to extinguish and prevent new conflicts.” “Who would mind? This is a huge political, financial, moral responsibility, – said Zakharov. To be the Superman who arrives to help, having her and fly away”.