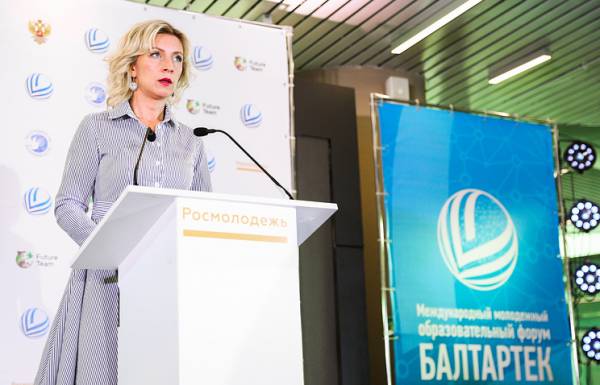 SVETLOGORSK /the Kaliningrad region/, August 15. /TASS/. Moscow never interfered in internal or foreign policy of Athens, such accusations are unfounded. This was at the briefing said Wednesday the official representative of Russian foreign Ministry Maria Zakharova.

“Acquainted with the published on the website of the Ministry of foreign Affairs of Greece review, August 10, in which Athens give their assessment of the current stage of bilateral relations. The charges Athens, reduced to the allegations, the evidence we were given,” said the diplomat, adding that “Russia has never interfered in the internal Affairs of Greece or its foreign policy.”