Women who changed the world: Marie Curie in the first place, the virgin Mary — 12, Akhmatova — 52

Magazine BBC History Magazine asked 10 experts to compile a list of the 100 women with the greatest impact on the course of world history, and then asked the readers by voting to determine the place each of them on the virtual podium. 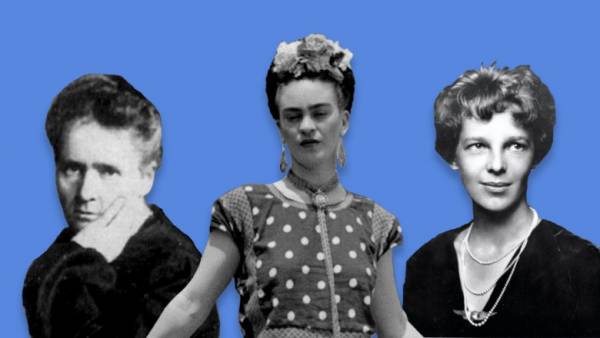 Like most such rankings, this list can hardly claim to truth in the last instance, but the choice of experts and readers reflects certain trends in modern society, and some moments will simply amaze you.

She’s a soldier in the field. 5 the most famous women in international politics

On the first place in the list of History Magazine is Marie Curie, who became not only the first woman in the world-the Nobel prize in physics and the first female Professor at the University of Paris, but also the first ever two-time Nobel prize winner. And the second is the “Nobel prize” — for chemistry was awarded to Marie Curie, eight years after the first.

It should be noted that the compilers of the list much attention was paid to women scientists: among the one hundred heroines of the thirteen is known for its achievements in various fields of science. From all other occupations only writers have received greater attention in the ranking of 18 writers and poets of different eras.

Among them are the representative of the Russian poetry: Anna Akhmatova takes 52 place in the rating. Taking into account that the survey involved mostly English-speaking audience, this can be considered an unconditional acceptance.

The commentary says that Anna Akhmatova, whose work falls within the period of wars, revolutions and totalitarianism were able to combine in her poetry, personal experiences with the political timeline. She her life was a struggle for survival in a confrontation with the government, when many of her loved ones died, were persecuted or expelled from the country.

In the ranking of only three women from Russia.

But Anna Akhmatova is taking 22 place the Empress Catherine the Great, whose reformism and contribution to the development of arts and education experts say Bi-Bi-si. And Maria Bochkareva was one of the first Russian female officers.

Once in 1916 on the front, thanks to a petition addressed to the Tsar, Maria Bochkareva personal courage earned universal respect.

In 1917, at the personal request of Kerensky, it is engaged in the formation of the famous female “battalion of death”.

After the October revolution Bochkareva survived arrest and fled Russia, going on a propaganda trip in support of the White army. During the visit she was given an audience with U.S. President Woodrow Wilson in the White House, and during a visit to London with king George V.

After returning to Russia to fight the Bolsheviks, Maria Bochkareva was soon arrested and executed in Krasnoyarsk on April 16, 1920.

“On a leash”: how the lack of toilets for centuries enslaves women

Others included in the “Top 100” because used for the benefit of his position and power. Among them, the Queen and Prime Ministers, military leaders and founders of large companies.