WASHINGTON, August 15. /Offset. TASS Dmitry Kirsanov/ Washington indicated permission for a comprehensive upgrade of its aircraft for use in the framework of the agreement. 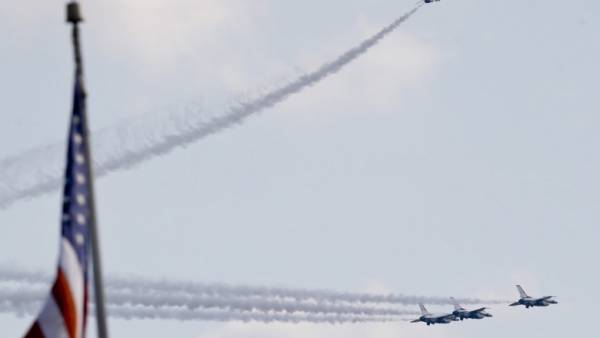 United States does not suspend its participation in the Treaty on open skies (DON) and intend to continue to comply with this multilateral agreement. It on Tuesday in conversation with the correspondent of TASS said the state Department spokesman, commenting on reports by some Russian media that Washington is supposedly froze the implementation of the DON and cooperation with Russia in this area.

“The United States does not suspend its participation in the Treaty on open skies. On the contrary, the United States remains committed to the continuation of the implementation of the agreement, as demonstrated by the resolution on recapitalization [comprehensive renewal of our aircraft for use within the framework of the open skies Treaty, as well as our ongoing efforts to modernize [this] our [aircraft] fleet,” — said the employee of the American foreign Ministry.

“Signed yesterday [Monday] with the President [Donald trump] an appropriations bill for military purposes in fiscal year 2019 requires the Executive branch to comply with certain reporting and certification requirements to spending some [budget] funds relating to the implementation of the United States of the Treaty on open skies. Previous [American] laws on defense spending contained similar requirements,” — said the American diplomat. Thus, she repeated, “the United States remains committed to continued implementation of the Treaty.”

As explained by the correspondent of TASS, the Director of information projects related to nuclear matters, the Federation of American scientists (FAU) Hans Christensen, recapitalization of the fleet of American aircraft intended for use within the DON, and their modernization, which was mentioned by the representative of the state Department, authorized signed by trump on Monday document.

“Strange illumination [of the signing of the law on military spending],” said the expert, referring to the publication of “freeze” by Washington’s participation in DON or cooperation on it with Russia.

This law does not suspend the [implementation of the United States] of the Treaty on open skies. It authorizes the purchase of new aircraft, while requiring to provide to Congress reports on the status of the contract.Hans Kristensenii information projects related to nuclear matters, the Federation of American scientists (FAA)