The star of blockbuster series “the Rich also cry” and “wild rose” Veronica Castro back on screens in the TV serial “black” Comedy — “House of flowers”. 65-year-old actress starred in the title role after a big creative break. 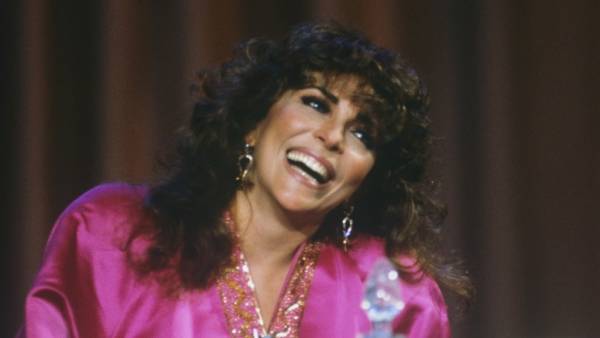 The favorite of Russian viewers Veronica Castro is back on the big TV in the Netflix series “House of flowers”. Mexican actress, widely known in Russia for hits “the Rich also cry” and “wild rose”, first has partnered with the streaming service, which is actively developing markets around the world.

“House of flowers” is the third episode of the Mexican in Spanish, which premieres on Netflix on 10 August. We all watched it: 60 iconic American TV series of the 80’s and 90 Castro plays a major role of a rich woman who owns a large floral business.

However, the external idyll of a rich family suddenly ends, when suddenly commits suicide a longtime mistress of the husband of the heroine Castro. When the head of the clan finds out about her death, he decides to bring home their common illegitimate children that contributes to the measured life of the rich a lot of confusion, intrigue and unrest.

“House of flowers” consists of 13 half-hour episodes and shot in the genre of “black” Comedy. Very quickly the project has earned a dedicated fan base among Hispanic Netflix subscribers, and it is possible that the series will be renewed for a second season.

For 65-year-old Veronica Castro is only the third in the last 20 years the appearances on television. The actress in recent years, little starred in the TV series and almost comes out to the stage.

Her active career ended in 1998 when she starred in the soap Opera “Small town, big hell.” After that Castro rarely appeared in public, with the exception of the project “Big brother”, which was one of the star guests of the show.

“House of flowers” may be the third peak in the career of the artist.

Castro started her acting career in the late 60-ies with moderate success. In parallel with shootings in serials and soap operas, she began to record music albums. In 1973, her debut album received wide distribution, and three singles from it have become big hits in Mexico.

A real breakthrough in the career of Castro occurred after the well-known soap Opera “the Rich also cry”, which was released in 1979.

The series quickly gained popularity not only in Latin America but also in Spain, Italy, Germany and France. In the USSR, “the Rich also cry” was the second Latin American show, shown on TV after “Slave Izaura”. It premiered on 18 Nov 1991. Soap Opera consisted of 249 half-hour episodes and created a furor among the domestic audience and a revolution in the television genre. Still in Russia to be removed serials for templates “the Rich.”

In 1995 in Mexico came to a remake of the series, and in 2005 was created the Brazilian version.

The second peak of the popularity of Castro came in 1987, when the screens came the second huge hit with her “wild rose”. After the show, Castro recorded several albums with songs which were on the top of Latin American charts and was well recognized in Europe. She also won the prize for best actress at the Mexican awards ceremony for achievements in the field of television.

In Russia “the wild rose” was released 31 may 1994 and instantly became one of the most popular sitcoms on TV. TV channel “ORT”, which aired the television film, was invited to a dubbing such artists as Natalya Varley, Vladimir Konkin and Olga machine interface.