The collapse of pride. Both died of the first Soviet jet airliner

15 Aug 1958 in Khabarovsk has occurred the first accident of a jet aircraft in civil aviation of the USSR. 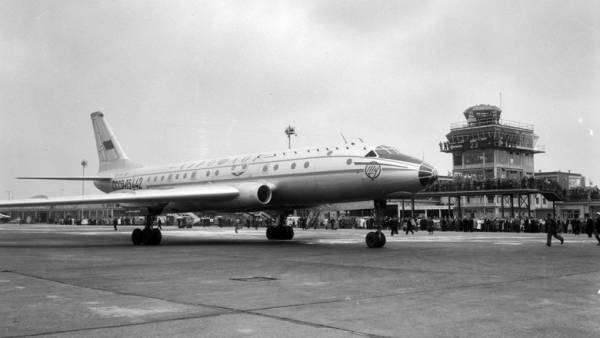 In 1950-ies in the world civil aviation has been a real revolution for the airline came the first passenger jet Airliners.

After the British “Comet”, there was a jet first, and the civil aviation of the USSR. Created in the Tupolev design Bureau on the basis of Tu-16 Tu-104 made a splash in the world when in 1956 during the visit of Nikita Khrushchev arrived in London from three brand-new liner. In September 1956 Tu-104 made its first regular flight on the route Moscow — Omsk — Irkutsk.

As in the case of “Comet”, the appearance of the Tu-104 turned many a head. The liner seemed reliable and flawless. Meanwhile, the pilots did not know how many surprises and pitfalls will bring on civil aviation jet aircraft.Flight 04

On 15 August 1958 the Tu-104A with registration number CCCP-L5442 owned by based in Vnukovo the 200-th squadron, had to make trip 04 on route Khabarovsk — Moscow with a stopover in Irkutsk.

“Maxim Gorky”: the death of a giant

On Board went up 10 crew members in the head with the commander of the vessel Pavel Barabanova and 54 passengers.

The flight was not the easiest — according to weather forecasters, on the section Birobidzhan — Magdagachi thus expected frontal thunderstorms with rain. From the airport of Khabarovsk the Tu-104 departed with a delay of more than three and a half hours. The reasons for this delay will be discussed below.

Already 150 km from Khabarovsk, the crew was faced with a massive Cumulus cloud, to bypass which was not enough height. At 22:00 local time at the control center shift change occurred, and leaving the head of operations in time to allow the crew turns to climb.

Who took the head of operations received from the flight 04 new request is allowed to take a tier 11 000 to bypass clouds. However, this height is not enough, and the commander of the Tu-104 asked a question about what to do next.

For flights at altitudes over 11,000 metres civilian Airliners would have required the consent of the air force, and it was promptly received. The flight Director commanded the crew to climb to 12,000 meters.

plane crash filmed from inside

22:12 flight 04 reported: “600 11, in the clouds, stars visible”. Two minutes later the Tu-104 was reported on the rising to the echelon of 12,000, but even here he did not expect anything good. The commander said that in front of massive Cumulus clouds, and if we fail to defeat it, only to return to Khabarovsk.

The Manager was disturbed by what is happening, and two minutes later he asked the flight 04 of the situation.