Canadian veterinarians for the first time began to heal the orca living in the wild, according to AP. A sick baby from a population of Pacific killer whales given a dose of antibiotic with a dart. 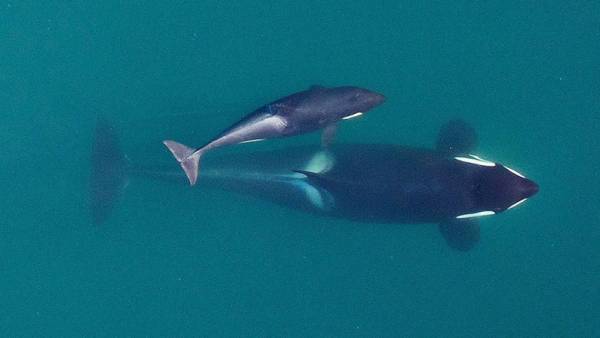 The southern resident population of killer whales inhabits the Northwest Pacific ocean, off the coast of Canada and the United States. Now she is under threat of extinction. In the population there are only 75 individuals, the lowest number in three decades.

Among the causes of extinction — decrease in the number of Chinook salmon, the usual food of the southern resident killer whales, water pollution and noise of marine vessels.

Orcas live in packs consisting of adult females and her offspring. In early August, scientists noticed that the cub is in one of the packs, a 3.5-year-old female J50 or Scarlet, apparently, sick. She looked exhausted and sometimes fell into a lethargic state, but floated beside his mother. Express analysis of the discharge from its blowhole showed no infection, observations are not however the vets came to the conclusion that if nothing is done, the fish may die.

Within a few days, scientists have observed the flock and prepared veterinary dose of long-acting antibiotic convenia, which could give the orca.News

natural Born killers: the animals, who know and love to fight

August 9, Thursday, he appeared. A group of scientists, including the chief veterinarian of the Vancouver aquarium Dr. Marty Haulena (Marty Haulena) followed the flock for six hours. In the end they managed to get close and Haulena used a dart with an antibiotic. Also, the researchers were able to take samples of the discharge from the blowhole J50, which was sent for analysis on pathogenic bacteria and fungi.

According to Hawley, as long as they followed the killer whales, he watched the Scarlet and rejected the theory that she may have a respiratory infection or pneumonia. The orca swam, dived and moved from one individual to another, but the vet noticed that the other dolphins in this condition did not survive. In the following days, scientists are going to watch Scarlett eat, and think over an opportunity to feed her. But it will depend on the state of the ocean and the behavior of the cub and the pack.