USA took the defense budget with the anti-Russian measures

The President of the United States Donald trump signed the defense budget in 2019. The document, named Senator John McCain suggests spending on national defense in the amount of 716 billion dollars, the press service of the White house. 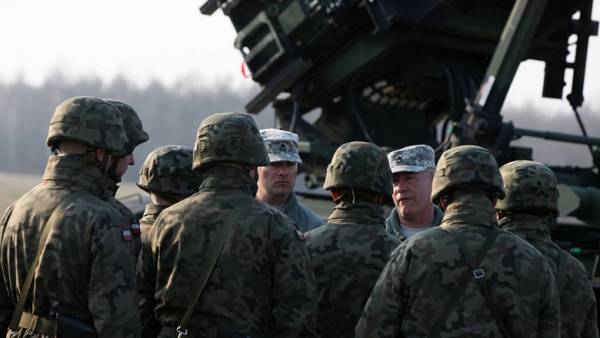 In the American administration recalled the measures trump on “the reorganization of the army,” noting that the signing of a new defense budget is one of the steps towards this goal.

The document authorizes an increase of 2.6 per cent of money allowances to servicemen and the payment of additional bonuses. Thanks to the new budget of the Armed forces of the United States will increase by 15.6 thousand people, who will join the army, Navy, air force and marine Corps.

In addition, there is the allocation of 24,1 billion dollars on financing of building of 13 warships and 7.6 billion to purchase 77 of the fifth generation fighter F-35.

The document also contains several measures aimed at countering the influence of Russia. Thus, it is expected the putting into service of the United States of new types of nuclear charges of low power, financing the presence of the United States in Eastern Europe, Washington’s assistance to its allies, particularly Ukraine, to reduce their dependence on Moscow.

In addition, the budget assumes a freeze of the implementation of the open skies Treaty with Russia, while she, as stated in the document, will not return to its respect. Another measure is aimed at curbing Russian-Turkish cooperation in the sphere of arms procurement: the United States banned the supply Ankara with the F-35 as long as the Pentagon does not appreciate acquisition by Turkey of Russian anti-aircraft missile systems s-400.