Time flows back during gamma-ray flares, was detected by astronomers

MOSCOW, 13 Aug — RIA Novosti. Spectrum of gamma-flares, the most powerful explosions in the Universe, contains anomalies, similar to the if time while these disasters were going backward, not forward. To such conclusion scientists, who published an article in the Astrophysical Journal. 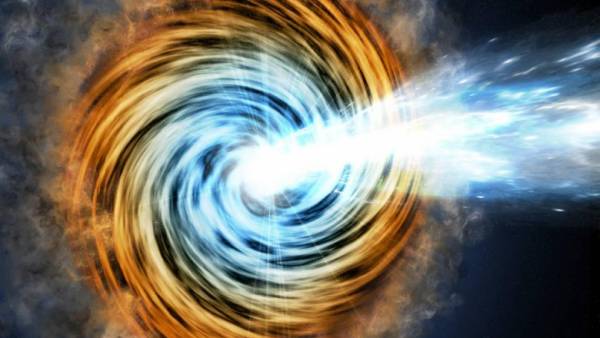 “We do not say that this phenomenon actually exists in reality and violates the laws of causality. It is possible that the radiation generated particle beams or shock waves, faced with the “spit” gamma-ray bursts and reflected back. He and the other scenario does not describe any one theoretical model,” said John Hakkila (Jon Hakkila) from the University of Charleston (United States).

Magic in the sky: the users of the Internet post a photo of the Perseids

The flash of gamma radiation, the echoes of cosmic cataclysms of a few seconds or minutes, was first discovered in 1968 by U.S. satellites designed to check Soviet nuclear tests. Today, these outbreaks occur in the sky about once a day in very distant galaxies.

Many astronomers assume that they occur during explosions, especially big stars, and on the first phases of their transformation into black holes. When such a star dies, the force of attraction resulting black hole or neutron star is so high that emitted clouds of matter former luminaries are combined into a “donut” which revolves around a Central object.