On the website of the U.S. Congress put a bill on new sanctions against Russia

The U.S. Congress published the text of the bill on new sanctions against banks and public debt of Russia. 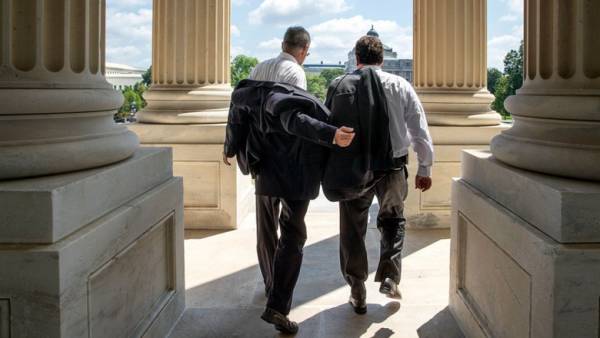 If the bill passes, these banks will not be able to conduct standard dollar settlements through correspondent accounts in U.S. banks. The document also suggests a de facto ban on operations with Russian debt.

In the third Chapter of the bill, the senators propose to “punish the Russian government for the production and use of chemical weapons”, as they “deliberately used a” nerve agent “Newbie” during the assassination attempt on former GRU officer Sergei Skripal. Russia was also accused of unwillingness to convince Syrian President Bashar al-Assad “to stop the use of chemical weapons”.

August 2 senators from the Republican and Democratic parties, the United States introduced a bill on new sanctions against Russia. Restrictions proposed to introduce for the “interference” of the Kremlin in the American presidential elections in 2016.

August 8, the newspaper “Kommersant” published the text of the bill. On the news about the new anti-sanctions collapsed the ruble on the Moscow stock exchange also has fallen off the quotations of the savings Bank.