Lukashenka has sent erring Minister to work at the plant

During a visit to Orsha district, Vitebsk oblast, President of Belarus Alexander Lukashenko criticized the work of the government, dismissed the Ministers, and one was sent to work at the plant. About it reports BelTA news Agency. 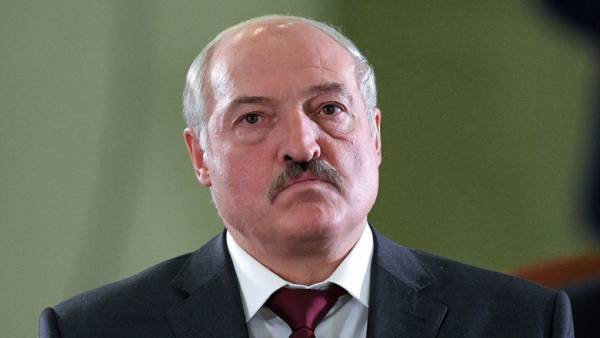 “Reprimand [Nicholas] Sherstnev for the ugly, sloppy work on the case. The leadership of the government I said. [Vitaly] wolf, [Anatoly] immediately Black to resign. [Oleg] Digilio and [Stanislav] Sasu — full service discrepancy. Not to fix to fall the case wouldn’t tell me at every enterprise will go there too. All other responsible and other I’m just warning you,” said the Belarusian President.

Nikolai Sherstnev — Governor of Vitebsk region. Vitaly Vovk manages the Ministry of industry. Anatoliy Chernyy heads the Ministry of architecture and construction. Oleg Dvigalet is the Chairman of the State military-industrial Committee. Stanislav Zas manages the security Council of the country.

Special discontent Lukashenko called the Minister of industry wolf, whom he proposed to send to work in Orsha tool factory.

“And God forbid there will not be made that you have outlined and what I instructed. Alternatively, send wolf here — will pull the whole industry. In what position, I Sherstnev said: let determined. Will do — will go where I said,” warned officials of the President.

A day earlier, on 13 August, Lukashenko during a visit to Orsha plant has his reasons to hate the people of the officials. In his opinion, it stems from the disorder and ugliness.