MOSCOW, 14 Aug — RIA Novosti. Latvian singer Laima Vaikule announced that they are ready to come to Crimea as soon as Russia will lift sanctions imposed after the annexation of the Peninsula. She declared it on air of TV channel “Russia 1”. 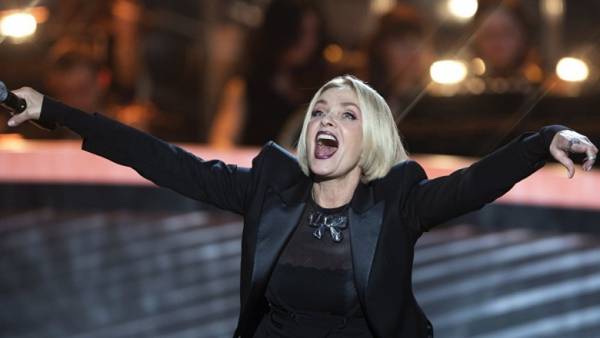 Last week at a press conference before the concert in Odessa, the actress was asked whether she’s going to the Crimea. This scientist said that he would not go to the Peninsula for any fees, because Europeans prohibited. She also added that it does not Harbor warm feelings for the Soviet Union and happy that he broke up.

The statement of the actress has caused ambiguous reaction in Russia. Many network users outraged by the words of the singer, which became popular in the USSR and still collects the halls that is in the post-Soviet space. Senator Alexei Pushkov generally called the statement nonsense and advised her not to go with concerts across Russia, and “singing in cafes on the half-empty beaches of Jurmala”. At the same time, the singer Yuri Loza recalled that Vaikule is a Latvian citizen, so she needs to maintain good relations with the authorities.

The singer herself told Latvian journalists that he was shocked by the reaction her statements about the Crimea.

I had no idea that people are animals. Frankly. Maybe because I never watch TV.Laima Vaikule

Crimea became a Russian region in the result of a referendum held in 2014 after the coup in Ukraine. Then 96.77% of voters of the Republic of Crimea and 95.6% of residents of Sevastopol voted for return to Russia. In response, several Western countries have introduced against Moscow restrictive measures.