Disclosed the details of the increase in utility tariffs 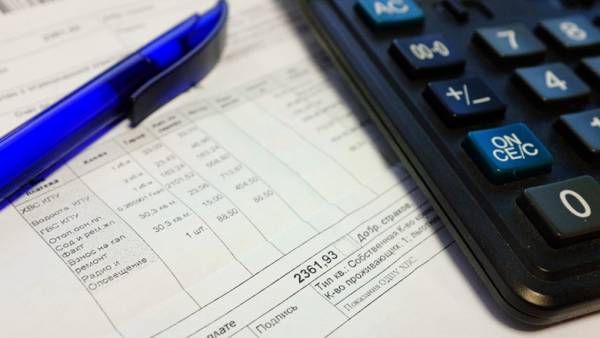 According to authorities, the increase in utility tariffs should be held in two phases in 2019. At the same time, growth should not exceed the inflation Outlook. The proposal was sent to the energy Ministry, the construction Ministry and the Federal Antimonopoly service. The press service of the Ministry confirmed the authenticity of the letter.

The MAYOR proposes to increase the tariffs from January 1, in part, to prevent “negative tariff impacts.”

The size increase should be 1.7 per cent, according to the Ministry, it is so much will increase the cumulative payment of citizens for utilities due to the increase of VAT from 18 percent to 20 percent.

The second indexation is scheduled for 1 July.

It will be adjusted so that the aggregate growth of fees “was previously adopted in a range not exceeding the target inflation”.

On 6 August it became known that the total amount in the payment of utilities can grow by two percent. The economic development Ministry has proposed to increase the tariffs by the same percentage points, which was increased by VAT.

On 3 August the President of Russia Vladimir Putin signed a law according to which the current rate of value added tax increased from 18 percent to 20 percent. According to preliminary estimates, the VAT increase will lead to additional budget revenues in the amount of 620 billion rubles a year.