Why Jakarta is sinking, one of the most densely populated cities in the world?

In the Indonesian capital Jakarta, lives more than 10 million people. This metropolis is one of the fastest sinking cities in the world. If you do not take action, by 2050, the entire areas of Jakarta will be submerged, the researchers believe. 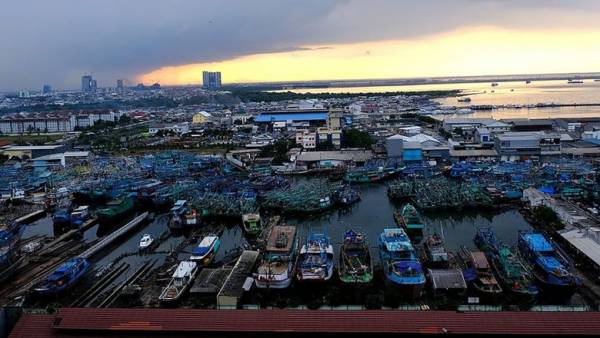 But it may be too late to do something?

Jakarta was built on swampy soils, near the town — Java sea, through the capital flow as 13 rivers. Not surprisingly, in Jakarta floods often occur. The situation is getting worse every year. The city actually disappear from the face of the earth.

By 2050, 95% of North Jakarta will be under water.Heri Andreas Bandung Institute of technology

North Jakarta is in fact already sinking. The water level has risen 2 feet over the last 10 years and in some districts of the metropolis continues to grow at 25 centimeters per year.

Almost half of the city is now below sea level.

Here’s former office building in the district of MUAR-Bar. The first floor is filled with stagnant water, she just has nowhere to go. Nearby is the fish market. The tracks here resemble waves — uneven, curved, periodically they move or even go under the water.

North Jakarta has historically been a port city, now here is one of the busiest ports of Indonesia, Tanjung Priok. Strategic location at the mouth of the river Ciliwung flowing into the Java sea, prompting the Dutch colonists to found a bustling settlement in the 17th century.