The scientists of North-Eastern Federal University in joint expeditions with Japanese colleagues found in the North-East of Yakutia, mammoth remains with soft tissues and hair. This was reported by the press service of the University. 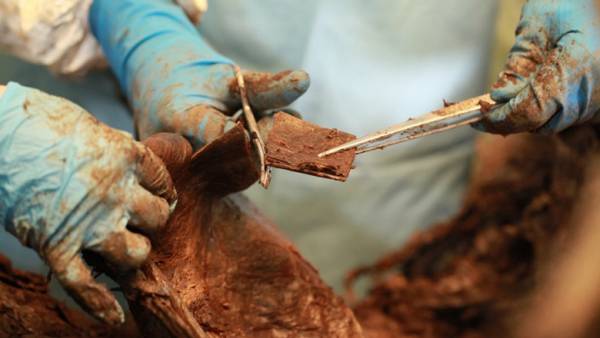 The specialists of the Institute of applied ecology of the North and Japanese University Cindy found a partial skeleton of a mammoth on August 12, 220 kilometers down the river Yana in the area of Unigen, the so-called “Mamontova cemetery”, Verkhoyansk district. As reported by N+1 in a press-service, the excavations continue, and other details about the discovery yet, they will be known when the expedition returned to the village batagai.

According to the report, earlier, the same team discovered in Batagayskogo thermokarst pit fully preserved carcass of a three-month foal fossil horses of the age of about 30-40 thousand years.