In the burning of the wooden Church in Kondopoga suspect teenager 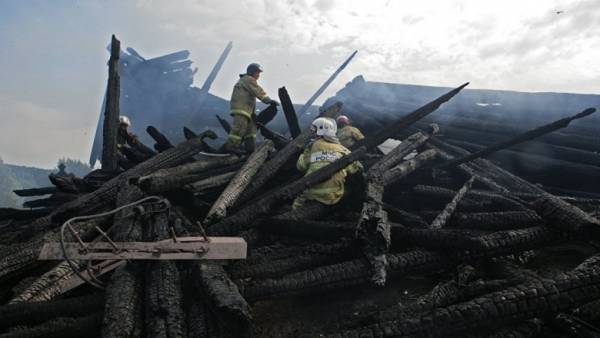 GU Ministry of emergency situations informed were informed that August 10, the Church building burned down completely. When extinguishing a fire damaged one of the firefighters. The preliminary cause of the fire is called arson, however, officially this version of office is not confirmed. The police of the Republic of Karelia and the Investigative Committee started checking. Criminal case about destruction of the object of cultural heritage included in the state register of monuments of history and culture and was taken under state protection.

“(Arson) is suspected 15-year-old teenager”, — said the Agency interlocutor, without specifying other details.

The Church of the Dormition of the Mother of God was located in the territory of the former village of Kondopoga, marked the beginning of the town of Kondopoga, on a small promontory jutting into Chupa lip of lake Onega. The Church building was built in 1774 at sunset Northern wooden architecture in memory of the dead peasants during the Kizhi uprising in 1769-1771 years. Was a monument of folk wooden architecture of the late EIGHTEENTH century, historically the final evolution tent churches prionezhskiy school. It was one of the tallest wooden churches in the Russian North.