In St. Petersburg detained the vandals, who set up the grill for the bronze horseman

Police detained two vandals who installed the grill in the bronze horseman on the Senate square in St.-Petersburg, informs on Sunday a press-service gumvd in St. Petersburg and Leningrad region. 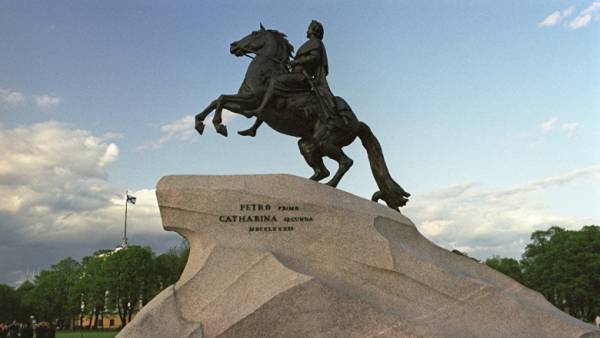 St. PETERSBURG, August 12 — RIA Novosti. According to police, the incident occurred August 5, when the Department of the interior Ministry in the Central district, it was reported that the statue of the bronze horseman climbed two young men, and police went to the scene.

“The police detained two vandals who installed the grill in the bronze horseman… In their relation administrative reports (article) “disorderly conduct”. Offenders are required to pay a fine in the amount of 500 rubles”, — stated in the message.

The police said that one of the detainees 20 years, another for 32 years.

Sunday’s act of vandalism at the Senate square and announced the state Museum of urban sculpture on his page on Facebook, publishing photos of hooligans.

“In relation to the bronze horseman, an act of vandalism. A group of young people climbed the monument to Peter I and tried to install it on the grill… Hard to believe that someone could come to mind to commit such an act. The faces of the people for whom great art and cultural heritage of the country mean nothing — the photos”, — stated in the message.