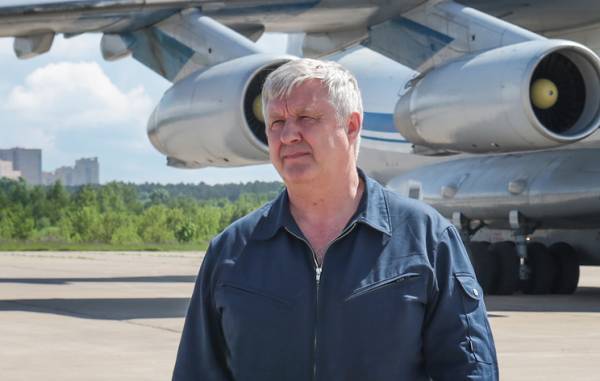 Test pilots of the Soviet Union and Russia, known all over the world. Experimental design Bureau, which created an unrivalled aircraft, has always invited the best specialists.

A Day of Air and space forces of the Russian Federation chief-pilot of Ilyushin design Bureau, Hero of Russia Nikolay Kuimov told TASS about the most exciting and dangerous missions, secrets of flying skills and thoughts that come to mind when the aircraft is in a steep dive.

The future pilot was born in 1957 in Podolsk, near Moscow in the family of ordinary workers who had no relation to aviation. But it so happened that he never had much of a choice, — all led to a certain path.

One of the reasons for his attachment to the sky Nicholas D. calls books about aviation, which in those years published a great many: the book of Mark Gallay, biography of Grigory Bakhchivandzhi, the history of tests of the first rocket plane BI-1. After school Kuimov received in the MAI on the sixth missile Department, I studied there for a year and realized that the engineering profession is not it. The young man went to the recruiting office, where he was assigned to the Tambov higher military aviation school of pilots named after M. M. Raskova.