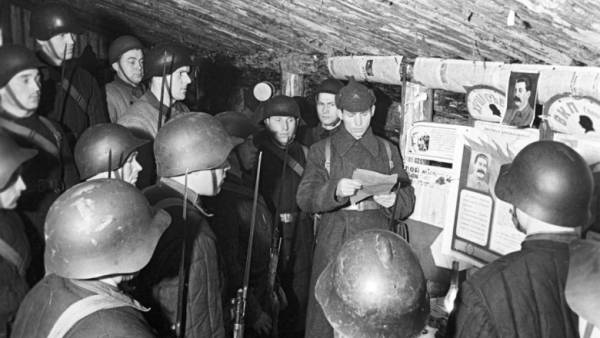 “A special place among the archival documents is a handwritten copy of the order of the State Committee of defense of the USSR, drawn up under the dictation of the Chairman of the GKO Stalin to 2 a.m. from 8 to 9 August 1941. The document obliged the commander of the 81st air division to carry out a bombing RAID on the heart of the Nazi Third Reich”, — stated in the message.

It is noted that in the new selection from the archives of the Russian defense Ministry removes the secrecy from orders, orders, award documents, registration cards and military leaves.

Documents reveal details of the exploits of the pilots stormtroopers — bearers of the order and hero of the Soviet Union, the names of which for a long time was not made public.

“Among them Lieutenant Vladimir Gulyaev, who after causing serious damage to the enemy to land the plane polarity one surviving chassis (…) the collection documents a little-known award documents to the crew, repeated the feat Gastello — senior lieutenants Leontius Tamarancho and Cherevko, and the foreman Alekseev”, — informs the Ministry of defense.

In addition, among the published documents, a unique album with the characteristics of the survivability of combat aircraft of that time. It provides information about the Il-2, Yak-1, Yak-7, Yak-3, La-5, La-7 and the other in flying hours, typical damage and combat damage with photographs and indication of the time it took to repair them.