Russia was accused of organizing riots in American Charlottesville

The FBI is confident that Russia was involved in the organization of mass riots in Charlottesville (Virginia) in 2017. In an interview with CNN, said a member of the house of representatives of the Congress of the United States Thomas Garrett. 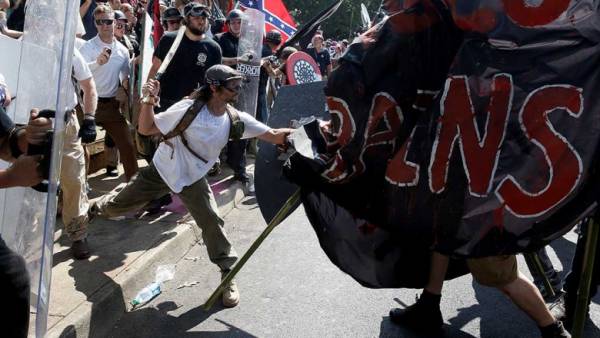 “A couple of months ago I attended a closed briefing by the Director of the FBI, and among other things asked whether Russia’s intervention with bloating “fire” taking place in Charlottesville. I said Yes,” said the Congressman, adding that this information is not secret.

According to Garrett, the intervention of Russia is to “to set Americans against Americans, to undermine the credibility of Western democracies.”

12 August 2017 in Charlottesville neo-Nazis held a spontaneous torchlight procession, requiring local authorities to refuse demolition of the monument to Confederate General Robert Edward Lee. After that, the city erupted in riots, which injured 15 people.

Later on the March against the actions of the far right into the crowd at high speed drove the car. The woman was killed, another 19 were injured. On the same day, two police officers guarding the order, died in a helicopter crash. Authorities have linked the crash with earlier events.