Russia and the countries of the Caspian sea will not be allowed into the region, foreign military

Convention on the legal status of the Caspian sea ensures that no armed forces of other States in the region. This was stated by Russian President Vladimir Putin, speaking at a meeting of the heads of States-participants of the fifth Caspian summit, where the agreement was signed. His words TASS reports on Sunday, August 12. 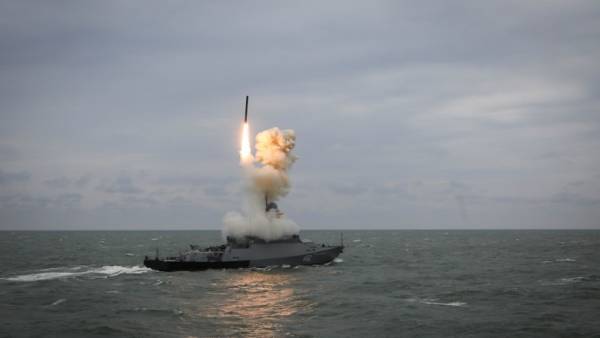 “It is important that the Convention clearly reglamentary necessary distinctions, modes of navigation and fishing, captures the principles of military-political cooperation of the countries-participants, guarantees the use of the Caspian sea exclusively for peaceful purposes and given for not attending to the sea of the armed forces of extraregional powers,” he said.

The Russian leader thanked all who worked to reach agreements for 20 years. “On the basis of consensus and mutual consideration of interests generated by modern and balanced international agreement, which comes to replace the Soviet-Iranian agreements of 1921 and 1940”, — said Putin.

On 11 August, the foreign Minister of Kazakhstan Kairat Abdrakhmanov once again denied rumors that his country is going to host on its territory military bases of the United States after expansion of cooperation. He also stressed that the principle of not presence in the Caspian sea of the armed forces belonging to States outside the region, as enshrined in the relevant Convention.

V Caspian summit held in Aktau, Kazakhstan. In addition to the Convention on the legal status of the region, the leaders of Russia, Kazakhstan, Iran, Azerbaijan and Turkmenistan signed a number of agreements in the fields of transport, tourism, economy and security.