In Ukraine, stated that the SBU has no claims to the crew of “the Mechanic Pogodin”

KIEV, Aug 12 — RIA Novosti. The SBU has no claims to being on the ship, “the Mechanic Pogodin” in the port of Kherson 12 citizens of Russia, they are free in their movements, however, with respect to the vessel in the court on the question of his possible arrest, said on Sunday the Ombudsman of Ukraine Liudmyla Denisova. 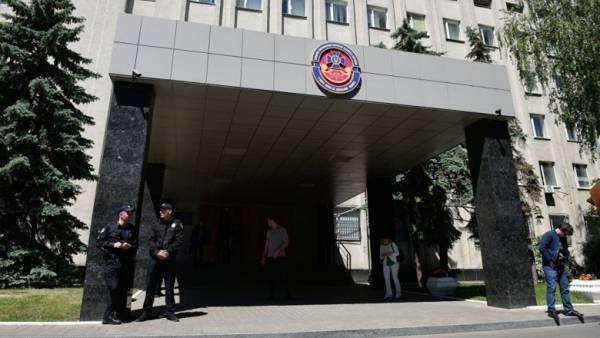 “Just got off the phone with the captain of the ship “Mekhanik Pogodin” Michael Zamâtinym. Yesterday I received information from the security Service and border guards what to people they have no complaints. On Board are 12 crew members, including the captain, they are citizens of the Russian Federation. They all passed the border control-free in their movements, no one holds. They are not under sanctions. However, they do not go anywhere, stay on the ship,” writes the Ombudsman.

According to her, the ship and property, according to preliminary data, is owned by VEB-Leasing, which contributed to the sanctions list on 26 July this year. Denisov noted that the court on the question of arrest of the vessel will take place on Monday.

“I spoke with the captain, left him my contact in case if there are comments and suggestions. At this point no complaints/comments/requests cannot speak”, — said Denisov.

The situation with the vessel “Mekhanik Pogodin” not only for the last time. In the spring of this year, Ukrainian border guards detained the Russian fishing vessel “Nord” with ten Russian sailors on Board, which Kyiv authorities considered citizens of Ukraine. Nine crew members were fined, the captain of the vessel faces a prison sentence of up to five years. However, only two sailors were able to return to the Crimea, and the rest remain in Ukraine.