Hell’s kitchen: how to create the most terrible books in the world

“Whores”, “bears” and other secrets of the skill of Stephen king. 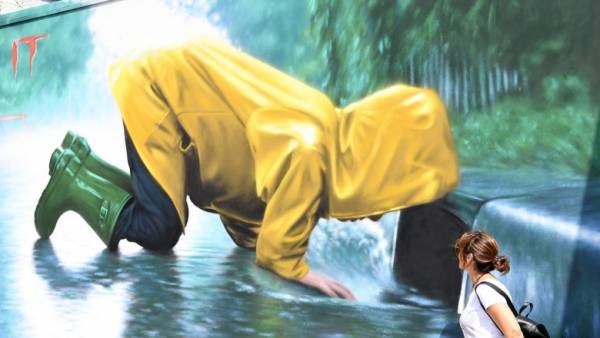 Stephen king you know, maybe even those who’ve never read is not something that none of his books, but even did not read anything. In his novels and stories set dozens of films, and its very name has become something of a trademark, a seal of quality for stories about the unknown and terrible. But as American writer manages to come up with their incredible stories? But he will tell you: literary critic Konstantin Milchin is a book of the week — specially for the portal iz.ru.

Stephen kingSecret windowM.: AST, 2018.Talk Stephen king — implied horror. Although in reality not all of his books contain descriptions of nightmares.

There are various Stephen king — one really frightening and cosmoray, the other tortures his reader the complex psychological constructs, the third — fiction, the fourth — storyteller; finally, there is another Stephen king, the most boring of all and at the same time, oddly enough, with an impressive number of fans. This king, who talks about his craft.

Even if you have not read this king, you could hear stories about the nail. He hung endless rejections from publishers, and when they became too much, drove into the wall something like a stake. The book, which will be discussed, without nails, but all of it consists of advice to novice writers and endless excuses.

In addition, with such passion, king justifies his right to write horror, you could say that his heart was sick of the question “Why do you write about such terrible and dark things?” King explains that he is not alone is this, there’s Dostoevsky, too dark, but it also has not called the “king of horror”?

And this is a passage about writers who talk about nightmares, I think it might be downright blood. “You see, most of us look completely ordinary, and we are. We do not drown your guests in the bathroom, not the tortured children and do not commit blood sacrifices by killing the cats in the dead of night inside the pentagram. No locked closets, any screams from the cellar”.

King talks about “bears” — running their own fears, which he uses in order to transfer them to the paper.

List worthy: “fear of the dark; fear of all things sticky and squelching; fear of injury; fear of snakes; fear of rats; fear of closed spaces; fear of insects (especially spiders, flies and beetles); fear of death; fear of others (paranoia); fear for someone else”. These fears he occasionally “prints to walk on the sun”, uses them in the novels. Sometimes mixing with each other. “That’s the beauty of the horror genre: don’t you pay a psychologist, so he has rescued you from fears, and the magazine pays you for the same treatment.”

The bears figured out, and then there are “whores” — a striking phrase which starts the book and which should attract the reader’s attention. In one of the texts of the king frankly confessed that the “whores” he has not.

In addition to practical tips and terminology king is also involved in motivational work. Paints paints the hopelessness of their situation in those days, while he was not yet a great writer. “We lived in a trailer, my office was near the stove. I wrote the children’s table on a typewriter “Olivetti” belonging to Tabby. The time allotted for writing was reduced to an hour or half a day, and from those to wonder a little was good for six lessons and thoughts about the stacks of work that we will have to check.”

King wrote the stories, they were printed, the novels no one took it, and he experienced new challenges in search of subjects.

He began to write what would become his first successful novel Carrie. Began to describe the scene first menstruation, I realized that did not understand this, threw the manuscript in the trash, and the wife got (about the wife he does a lot of good writes; it is, incidentally, also a writer) read it and said to continue. Traveling money on the first meeting with the publisher he borrowed grandma wife. And then he became so good that even the text is about how he lived in poverty, became a best seller.

In General, the book “Secret Windows”, on the one hand, completely optional, but if you are a true fan of the king or an aspiring writer-a loser, that you just really need. Another thing is that here is a collection of texts written between the seventies and the two thousandth and some of the realities of the writing life (individual journals and, say, typewriters), which king mentions hopelessly outdated. But his metaphors (“Writing — like cramps”) — no. As a great list of the craziest questions he’s ever asked in the meetings. For example: “I see you wear a beard. Are you afraid of razor blades?” Or: “You tried to write in the Nude?”.