Turkey intends to move to settlements in national currency with Russia

ANKARA, Aug 11 — RIA Novosti. Turkey is preparing to move to settlements in national currency with its major trading partners, said the President of the country Tayyip Erdogan. 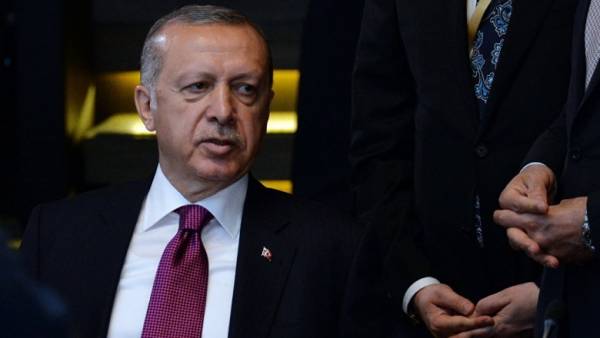 Such a statement the Turkish leader came amid a crisis in relations between Ankara and Washington. On the eve of the US President Donald trump announced the increase of duties on imported Turkish steel and aluminium, which caused another drop in the Turkish Lira to a historic low.

Among the States in trade with Turkey which will be transferred to the national currency, Erdogan called Russia, China, Ukraine and Iran.

“If the countries of Europe also want to get rid of the shackles of the dollar, that Ankara is ready to go with them on the same calculation,” said the President, quoted by the Anadolu news Agency.

Erdogan also said that Turkey will not accept a world order in which the world declared economic war on a country pressured by the threat of sanctions. In addition, the head of state emphasized the failure of the hostile policy towards Ankara. According to Erdogan, for any actions against Turkey followed by a response.

Relations between Ankara and Washington

Earlier, the us Treasury imposed sanctions against the Minister of justice of Turkey Abdulhamit Gul and the Minister of internal Affairs of the country Suleyman Soylu the case of pastor Andrew Brunson. They were forbidden entry into the United States and their assets in the country frozen. After that, the rate of the Lira against the dollar fell sharply.