The Russians will see this weekend the most spectacular stargazing

The BOTTOM NOVGOROD, 10 Aug — RIA Novosti. One of the most striking astronomical phenomena Perseid meteor shower, which is popularly called shooting stars can be observed in the night in the coming weekend, told RIA Novosti the head of the research Department of the Nizhniy Novgorod planetarium Nikolay Lapin. 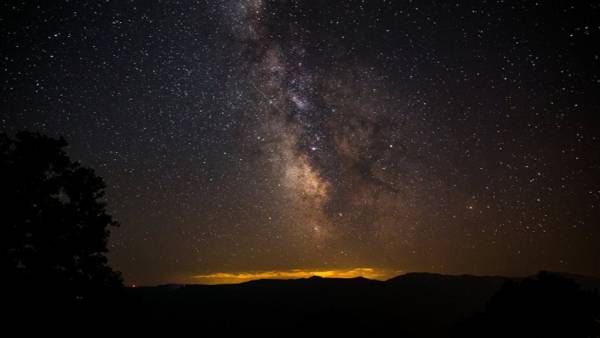 Perseid best — known meteor shower is annually observed in August when the Earth passes through the trail of dust particles left by comet swift-tuttle.

“Best of all the so-called shooting stars — Perseid meteor shower — watch in the night from 11 to 12 August and from 12 to 13 August. At that time the maximum of the Perseids. To observe shooting stars will be in other nights, but it was during this period of time will be the maximum concentration of meteors — hundreds per hour. Due to the fact that August 11 will be the new moon, in the sky will not see the moon and so its light will not interfere with watching the stars,” — said Lapin.

How to watch the meteor shower this week

He added that the coming weekend — one of the most favorable for the observation of meteors of the year, because still warm enough and the nights are dark, that is, the conditions as comfortable as possible for fans of star romance.

“In order to witness this rare beauty of an astronomical phenomenon, you need to get out of town or find a quiet place in the city where it will be dark enough. It is necessary that the direction of the horizon — preferably East or South was open. You need to make yourself comfortable, horizontal, usually on the ground spread out a camping Mat and at least until dawn, lay watching the sky and watching as the fine dust particles enters the earth’s atmosphere, burn up in the upper atmosphere,” — said the scientist.