MOSCOW, Aug 11 — RIA Novosti. Russian military destroyed the drone that is launched in the direction of the air base Hamim, said the head of the Center for reconciliation of the warring parties in Syria, major-General Aleksey Tsygankov. 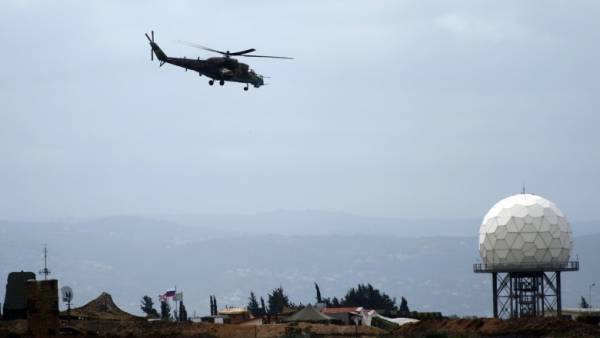 According to him, the aircraft was sent from the territory Iglinskiy areas of de-escalation, controlled by illegal armed groups. Tsygankov said that the purpose was discovered in the dark, and destroyed a staff of anti-aircraft firepower at a safe distance from the airbase.

“Casualties and no material damage. Russian airbase Hamim operates in a planned mode”, — said the head of the center.

Major-General also urged the commanders of illegal armed groups to refrain from provocations and to take the path of peaceful settlement of the situation in the areas under their control.

In recent years, cases of the destruction of the drones the terrorists running towards the Russian airbase Hamim. So, on the eve of the military eliminated two aircraft fighters, one was destroyed on Thursday.

In July, the Russian military has also repeatedly shot down drones launched by militants in the direction Mamima.