The NASA probe will begin a journey to the Sun

WASHINGTON, Aug 11 — RIA Novosti. The latest research probe NASA Solar Probe Parker begins Saturday trip to the sun, the camera will have to unravel the mysteries of the stars and deliver it to the chip with the names of 1.1 million earthlings, reported at NASA. 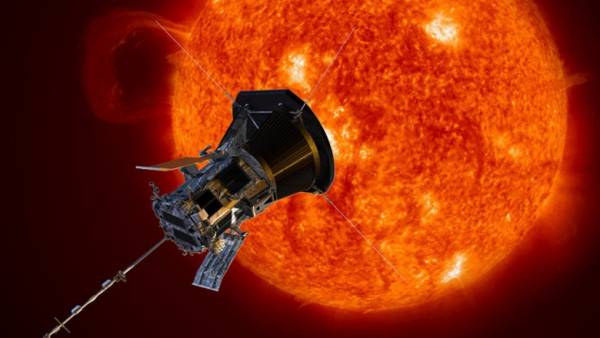 The launch will carry owned by United Launch Allaince (ULA) launch vehicle Delta IV Heavy. Its launch from the spaceport at Cape Canaveral (Florida) is scheduled for 10.33 GMT (03.33 time East coast USA) on Saturday. As said before, start-up company, the likelihood that the start can prevent the weather forecast is 30%.

Let’s see what lies ahead

Probe Parker (Parker Solar Probe) is named after astrophysicist Eugene Parker, a researcher of plasma physics and Creator of the term “solar wind”. The Agency was first called the spacecraft in honor of a living person — today Parker is a Professor Emeritus at the University of Chicago.

In March of this year NASA announced that within seven weeks, anyone can write your name on a special microchip that will fly to the Sun on the probe Parker. During this period there were collected 1 million 137 thousand 202 behalf. Chip with them put on the plate with the name of Eugene Parker and his quote: “Let’s see what lies ahead.” Memory card, in addition to names of humans, includes pictures of the Professor and his scientific publication, 1958, in which he described and explained the phenomenon of “solar wind”.

In NASA hopes that the probe “will revolutionize our understanding of the Sun, the only star we can study at close distance.”

This mission will undertake one of the most extreme research, which has ever taken human-made apparatus, he still carries with him the names of many men who will encourage him on this journey.Nicola Fox, scientific Director of the mission The fastest and closest to the Sun: 24/7

Probe the size of a small car that weighs less than 700 pounds, should be close to the Sun at a record close distance of 3.8 million miles (6.1 million km) from the surface of the star.