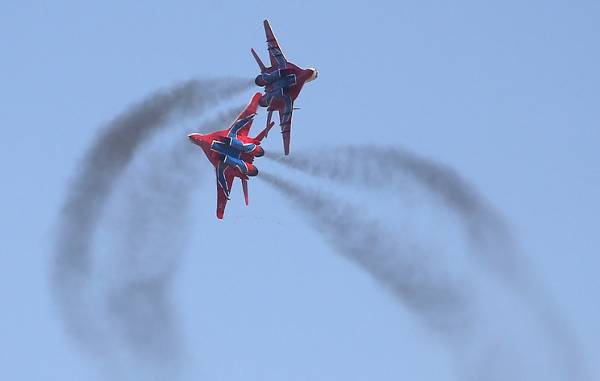 END_OF_DOCUMENT_TOKEN_TO_BE_REPLACED

In Chicago along the river floated more than 60 thousand rubber ducks It’s not an accident, and an annual competition. Chicago hosted the 13th annual rubber duck race Ducky Derby. In the event the bridge Wabash river was running more than 60 thousand yellow rubber ducks. Publication of Aashit Shah (@raa_photography_inc) 9 Aug 2018 1:04 PDT During the download an error has occurred. The event is of a charitable nature. During the year, anyone have $ 5 to buy a duck on the project website, thus making an a donation to support more than 23 000 athletes participating in the special Olympics in Illinois. According to the official data, this year was sold out 60 286 yellow ducks, who took part in the “swim”. By the way, to compete for what it was. For the first three places, the owners of the ducks-winners got a new SUV, $ 2,500 and

END_OF_DOCUMENT_TOKEN_TO_BE_REPLACED

Unusual sea creature found on coast of Vietnam (video) What it is, yet not identified. A tour guide from Vietnam Du We Du on one of the beaches in the province of KIEN Giang found washed up by the shore of an unknown creature. Du we pulled him out of the water to get a closer look and to his surprise there was no limit. The sea monster was something like algae, but actively moved many tentacles. To understand what it is, no one failed. Examining the creature and took it on camera, We Du released a hideous creature back into the ocean. During the download an error has occurred. In some versions, the mysterious creature may be the marine star, which is able to acquire a similar form, twisting stomach out, or the usual algaethat move, reacting to the unfamiliar air. It is reported that similar “monsters” began to

END_OF_DOCUMENT_TOKEN_TO_BE_REPLACED 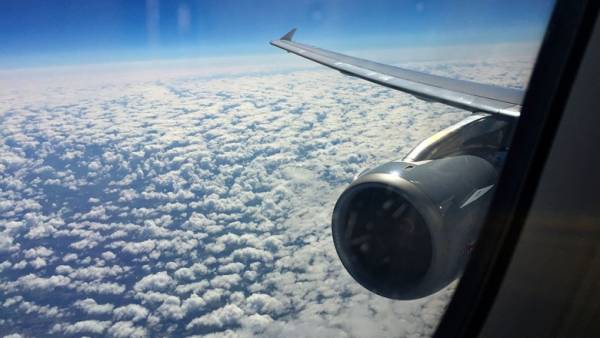 On the plane returning from Bulgaria, the Russians got struck by lightning Moscow. August 11. INTERFAX.RU — Lightning damaged a wing of the “Boeing” with the Russian tourists returning home from the Bulgarian Burgas, reported “Interfax” a source in the services of the airport “Vnukovo”. “On the eve before landing in Moscow the commander of Russian Boeing 737 suspected that the plane was hit by lightning. After landing, he asked the technicians to carefully examine the structural elements of the aircraft,” — said the Agency interlocutor. According to him, the aircraft immediately drew attention to the characteristic marks that the lightning left on the wing. “Due to a lightning strike, charred structural elements of the wing and rivet. The plane will be able to return to duty only after a thorough inspection and assessment of its further safe operation,” the source said. The plane carried out flight from the Bulgarian

END_OF_DOCUMENT_TOKEN_TO_BE_REPLACED

Published video from the scene of the crash hijacked U.S. plane In a network there was video from the scene of the crash Horizon Q400, which was stolen from the airport of Seattle. MOSCOW, Aug 11 — RIA Novosti. The man who made an unauthorized flight worked in company Horizon Air mechanic. On Friday evening he boarded a plane for Alaska Airlines, flew for about 15 minutes, making dangerous maneuvers, crashed. #BREAKING #SeaTac airline employee steals Horizon passenger plane and then crashes on island in #PugetSound . No passengers believed to be onboard. https://t.co/Bseqx6tIoe @nbcbayarea #AlaskaAir pic.twitter.com/q1zE5A6Mem — Janelle Wang (@janellewang) 11 Aug 2018 Passengers on Board were not. Police are not linking the incident to terrorism. During the flight the plane was accompanied by fighter jets F-15, but the collapse of the liner are not involved. Some dude stole a plane from #Seatac (Allegedly), did a loop-the-loop, ALMOST crashed

END_OF_DOCUMENT_TOKEN_TO_BE_REPLACED 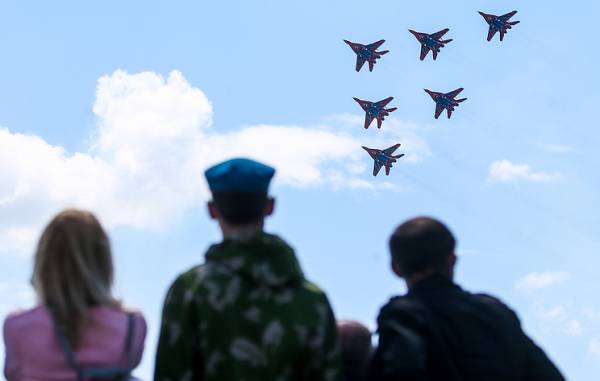 © Sergey Bobylev/TASS, archive DIAGHILEV /Ryazan oblast/ August 11. /TASS/. The closing ceremony of the flight experience competition “Aviadarts” was held at the airfield of Dyagilevo, Ryazan oblast. Participants congratulated the commander of the air force – zamglavnogo FSI Russian Lieutenant-General Andrei Yudin, as well as the delegations of the participating countries.

END_OF_DOCUMENT_TOKEN_TO_BE_REPLACED

Media: on the beach in Australia have found the oldest teeth of the giant shark TASS, August 10. The teeth of giant prehistoric sharks living in the waters of Australia about 25 million years ago, found on the beach in the state of Victoria in Southeast Australia. This was reported by the portal Phys.org. “These teeth are of international importance, as there are only three such finds. In Australia, these teeth are found for the first time”, — quotes the portal words of the senior curator of the Museum of Victoria, dealing with the paleontology of vertebrates of Erich Fitzgerald. Newsthe world’s Oldest shark for the first time laid eggs in captivity As noted, most of the fossil remains of sharks found in the world, represent the individual teeth, and rarely fails to find a few teeth together. According to the portal, the find was made on the beach Yan

END_OF_DOCUMENT_TOKEN_TO_BE_REPLACED

Designers have created an inflatable mattress for pregnant women (photos) And it’s really the right thing. Application for future mom Peanut, which also sells gifts for women “in position”, released an inflatable mattress with a cutout for the abdomen. As the advertising, now expectant mothers can enjoy hot summer days and feel as comfortable as possible. While the mattress is sold only in pink color. Parenting company releases a pool float especially for pregnant mothers – with a large hole for the baby bump https://t.co/3pBcQB4x9f — Daily Mail Femail (@Femail) August 9, 2018 By the way, the idea of “individual” inflatable mattress is not new. A month earlier, a similar model has produced a brand for manufacturing underwear and swimwear Bravissimo. Their mattress (also pink) is designed especially for girls with large bust, they can comfortably accommodate in special deepening. In addition, manufacturers of beach accessories has tried to cater

END_OF_DOCUMENT_TOKEN_TO_BE_REPLACED

Unusual behavior Tasmanian devil filmed in forest with camera Scientists were surprised by the behavior of the animal, as usual, leading a lonely life. On Maria island off the East coast of Tasmania forest in the lens of the camera caught two individuals of the Tasmanian devil. At night, the male and female approached the trap set by researchers. Usually trapped in individuals examined in the framework of the project to save this endangered species. During the download an error has occurred. The fact that the Tasmanian devil is suffering from facial tumors due to the impoverished gene pool and of low fertility. Scientists witnessed the unusual behavior of animals: when the male has trapped the female tried to save him, and then lay down and waited about 4 hours. Such behavior was not previously observed, because the Tasmanian devils — animals-single. “The fact that they came together and that