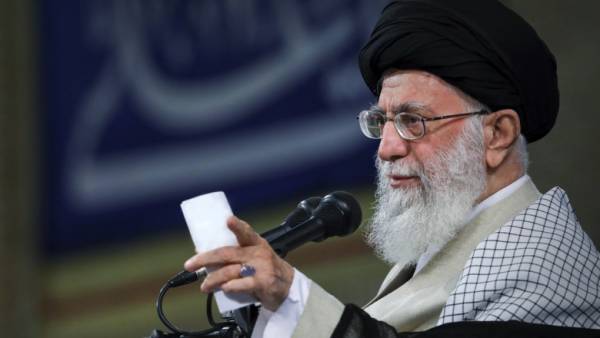 Earlier, the head of the judicial system of Iran Sadeq Amoli Larijani had written a letter to the Supreme leader, stating that “the enemy has unleashed an economic war against the Iranian people,” and asked to give permission for the adoption of the “decisive and rapid action in the framework of the law.”

I agree with this proposal. The goal is to quickly and fairly economic to punish corrupt officials. Please advise the appropriate judicial decisions.Ali Khamenei, Iran’s Supreme leader

USA Monday restored large-scale sanctions against Iran, which was previously suspended as a result of a Joint comprehensive plan of action (SVPD) on the Iranian nuclear program. Trump in the beginning of may announced that Washington is out of agreement with Iran on its nuclear program. He announced the restoration of all sanctions against Tehran, including secondary, that is, against other countries doing business with Iran.