The IRS will not block the accounts of ordinary citizens

MOSCOW, 10 Aug — RIA Novosti. The Federal tax service (FNS) Russia, soon will have the right to freeze the accounts of entrepreneurs who had not submitted to the tax calculations on insurance premiums, such a law will enter into force on 30 August, but it does not affect ordinary citizens: no new powers in relation to accounts of individuals for tax law provides, told RIA Novosti in the Department. 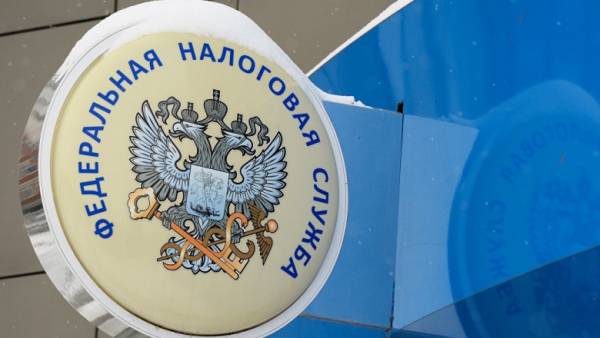 In social networks there were messages about the fact that tax from 30 August it will be possible to block the accounts of individuals, if they have not filed a Declaration 3-pit, but had to do it: for example, when receiving expensive gifts from relatives or in the case of a sale of the property. The IRS denied these rumors.

“The legislation the suspension of operations under accounts of taxpayers-physical persons not being individual entrepreneurs, and non-payers of insurance contributions is not provided. Any changes to the legislation in the tax code on this issue was not brought”, — reported in the FTS.

Amendments to the Tax code, which will enter into force on 30 August, provide for the suspension of the operations of the entrepreneurs who forgot to submit to the tax calculation on insurance premiums.

If we are talking about individuals, only about the ones that are the payers of these contributions — that is, pay wages to other people and must fulfill the obligation of tax agents.

The tax authorities now have the right to freeze the accounts of employers if they had not presented the Declaration on the income tax. “The amendments introduced to article 76 of the Tax code, extend the existing order for the suspension of operations on accounts of a taxpayer in connection with the failure to submit tax returns within the prescribed period, to a new document, namely the calculation of insurance premiums,” explained to FNS.

On the other hand, this same law will make life easier for Russian taxpayers: the amendments will also allow citizens to pay property taxes the land, transport and tax on invisibility in a single payment. And you can do it in advance. According to the document, individuals will voluntarily transfer to the account of the Federal Treasury single payment on account of execution of obligations on payment of taxes. The tax authorities will deduct from the account the required amount, and the overpaid money citizens will be able to return.

The law also allows the possibility of paying taxes through multifunctional centers of public services (MFC). And the taxes you will pay not only for themselves but also for others.