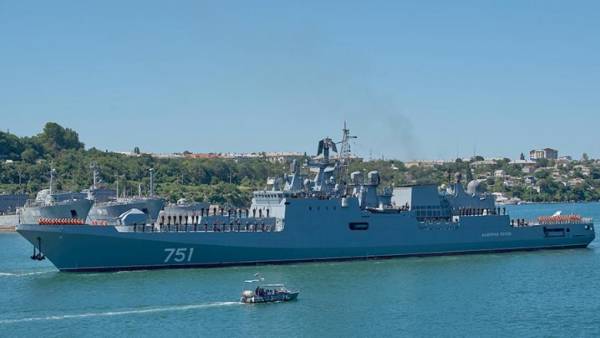 As told “Izvestia” in command of the RF Navy, the sailors managed to capture and take over maintenance of the submarine in the spring, however, it has become known only now.

Hunting for “shark” occurred against the backdrop of worsening conflict in Syria. In April, the coalition of US, UK and France struck a massive missile strike on the Arab country.

During the two-hour escorts “Admiral Essen” could be an acoustic portrait and to fulfill the educational task of destroying the imaginary enemy.

Experts say that the very fact of the discovery of the submarine in the sea — a great success, and its long-term support — an indicator of the skill of the crew.