Medvedev compared the sanctions with the economic war

Moscow. August 10. INTERFAX.RU — a Possible further strengthening of economic sanctions against Russia could be regarded as a Declaration of economic war, this war will have to respond to the economic, political, or other methods, said Prime Minister Dmitry Medvedev at a meeting with the staff of the Kronotsky state reserve. 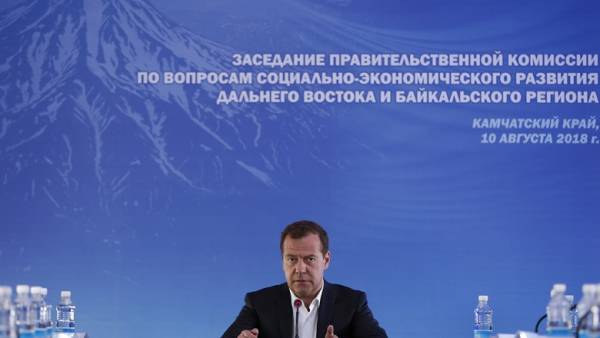 “Talk about future sanctions, I would not want to comment, but I can say one thing: if you follow something like the prohibition of banks or use a particular currency, it can be called absolutely right, it is a Declaration of economic war. And this war needs will have to react — economic means, political means, and, if necessary, by other methods. Our American friends must understand that,” said Medvedev, answering a question of one of participants of conversation, any more sanctions against Russia may be adopted and how they can affect the economy of the country.

Speaking about the already existing and recently announced sanctions, Medvedev underlined that those measures, “as if Western partners argued that Russian bad, carry out a wrong policy that the government should change its position on several issues, but largely this is a limitation of our economic power”.

The Prime Minister added that sanctions against Moscow were introduced repeatedly and in the Soviet period. “Our country in the last hundred years has existed in a permanent sanctions pressure. Why is it done? In order to remove Russia from the number of powerful competitors on the international field,” said the Prime Minister.